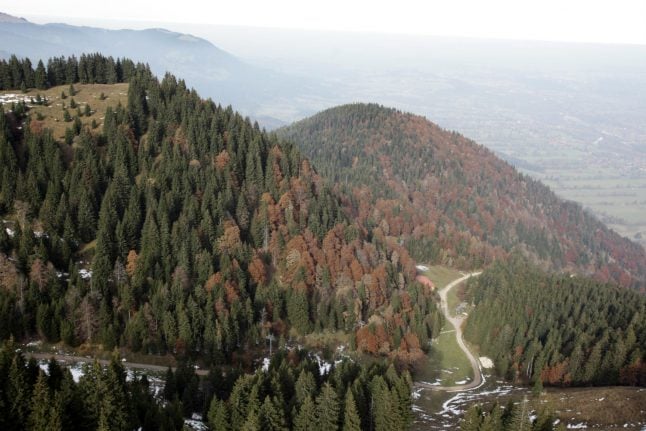 Jeff Freiheit, 32, from Brandon, Manitoba, was walking alone from Munich to Venice, when he disappeared on August 2nd.

As The Local previously reported, Freiheit had hiked up to Brauneck from the south-German community of Bad Tölz where he posted a short video on Instagram from the Panorama restaurant.

A huge search operation, with hundreds of volunteers becoming involved, was launched, focusing on hiking trails around the area just north of the Austrian border.

According to Canadian media outlet CBC, Freiheit's body was found on Saturday by his mother Kathy and his friend, at the base of Brauneck mountain, less than three kilometres from the location of his last Instagram post. He is thought to have fallen around 60 metres.

Police said forensic tests would be conducted to confirm the identity of the body, however his heartbroken wife Selena Freiheit confirmed the news on Facebook.

Selena, who had travelled over to Germany to help the search along with his mum, said on Facebook: “It is with overwhelming grief and sadness that I share with you that Jeff was found and is no longer with us.

“Through a broken heart I’ve found peace in knowing that he did not suffer. Our family is beyond grateful for the outpouring of support during this sad and difficult time.”

Freiheit's friend Rich Manfield had been posting updates on the rescue operation on YouTube. He said that they strongly believed Freiheit would have died instantly and not suffered any pain.

Freiheit's body was found in a thick brush area at the base of the mountain. Searches had also been focused on another area of the trail further south, based on information about a possible sighting of Freiheit in the Jachenau region.

According to OVB online, Freiheit's mother had discovered her son's shoe and his backpack in the morning. His body was later found. A police helicopter was dispatched to recover his body.

According to Jürgen Thalmeier, spokesman for police in Upper Bavaria South,  Freiheit may have fallen 60 to 100 metres. Police said they did not suspect that anyone else was involved in his death. Freiheit, a high school teacher, wanted to hike 'der Traumpfad', a well-known alpine trek known as the Dream Path or Dream Way from Munich to Venice.

Freiheit's mother thanked everyone who helped with the search, including all the volunteers. She said she was filled with “overwhelming gratitude to all who have been part of this sad journey,” in a dedicated Facebook group.

A fundraising page had been set up to support the Freheits in their search. It had raised more than $53,000.

People have been posting tributes to Freiheit on the page.

Loreen Husband wrote: Our condolences to all of you at this time of grief. May you experience peace about Jeff – he lived big and never shied away from doing what he loved.”

Carla Momotiuk wrote: “His personality and exuberance for life and adventure left an imprint on this world.”

Meanwhile, his baseball team the CT Cardinals described Freiheit as “a blessing to be around”.

Today is another tough day for the Cards! Jeff Freiheit was located but no longer with us! He was a true happiness in our dugout and a blessing to be around!! He will be truly missed and our thoughts go out to his family in this very thought time!