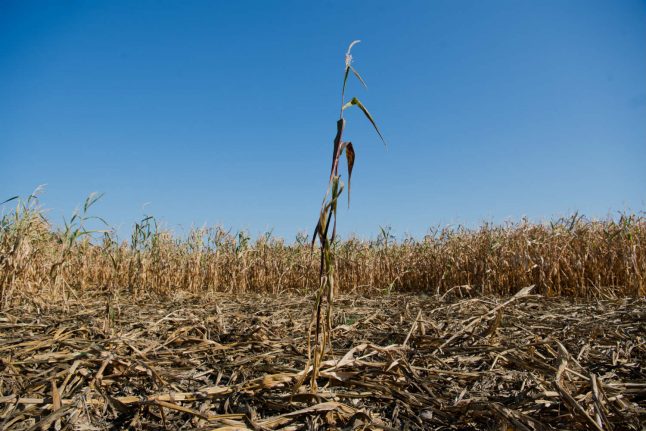 Agriculture Minister Julia Klöckner said that farmers would be helped with between €150 million and €170 million in state aid after weeks without rain wrought havoc on crops across the country.

Klöckner said that the federal states would foot half the bill for the aid, which is set to help roughly 10,000 farmers whose livelihoods have been threatened by the drought.

The benchmark for receiving aid is that at least 30 percent of the yearly harvest has been destroyed by the drought. The north and east of the country were particularly affected by the dry weather this summer. In some regions the lost harvest was anything from 70 percent to entire crops.

In July slightly over half of the average rainfall for the month was recorded nationwide – a drastic turnaround from the extremely wet July of 2017. On average 78 litres fall per square metre in the seventh month of the year. While last year 130 litres fell per square metre this year it was just 40 litres.

Joachim Rukwied, head of the farmers’ association, said that higher prices for crops due to a shortage of supply would only partly offset the damage. He has previously stated that farmers need €1 billion in aid and that it needs to come before the end of the year if their futures are to be secured.

The last time that the federal government gave out aid to farmers due to drought was 2003 when €80 million was agreed upon.