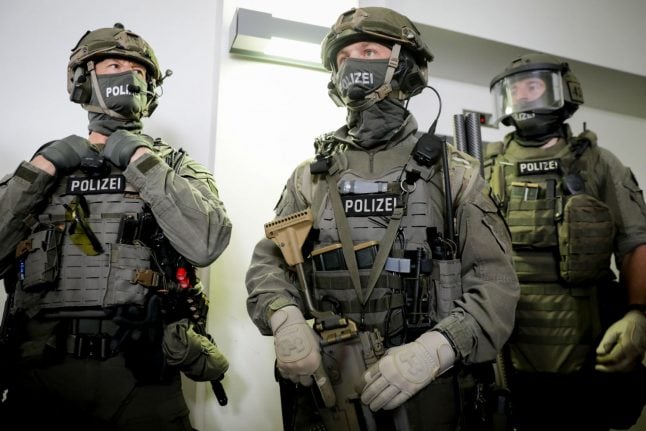 The state prosecutor's office confirmed the arrest on Wednesday of 31-year-old Islamist Magomed-Ali C. and a search of his apartment.

It is part of a wider investigation by French authorities into Clément B., who was arrested on suspicion of plotting a terror attack in France in April 2017.

C. is alleged to have stored significant quantities of the explosive TATP in his Berlin apartment back in 2016, and to have plotted a terror attack on German soil with his accomplice.

“The suspect is under strong suspicion of having planned a serious act of violence against the state and a criminal explosion, in co-operation with Clément B.,” the state prosecutor said in a statement.

Together, the two accomplices are alleged to have produced TATP with the intention of killing as many people as possible in an unspecified place in Germany.

Clément B. is reported to have left Berlin after German police caught wind of their plans back in October 2016. French authorities later discovered him to be in possession of three kilograms of TATP. Investigators suspect that more was stored at C.’s home in Berlin.

It later emerged that Clément B. had had past contact with Anis Amri, the man responsible for the truck attack on Berlin's Breitscheidplatz Christmas market in 2016.

The operation on Wednesday was intended both to arrest C. and identify the current location of those explosives.

Yet a spokesperson for the state prosecutor told The Local on Wednesday that no explosives had been found by police when they searched C.'s apartment, and that the location of the alleged explosives remained unclear.

C. will face an investigative judge in a federal court tomorrow, and is expected to be handed a prison sentence.