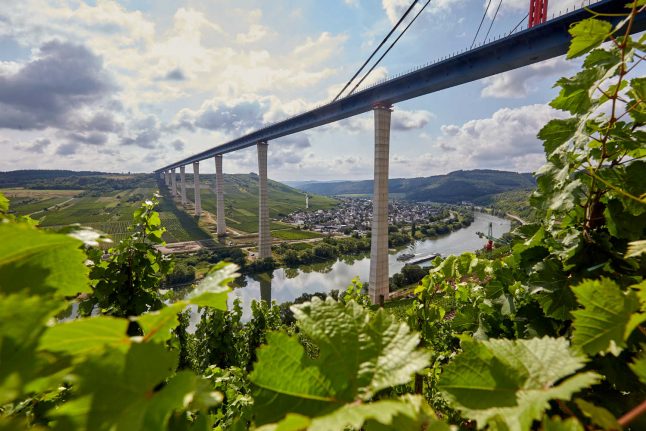 The High Moselle Bridge spans Eifel and Hunsrück in the south-west of Germany. Photo: DPA

Set to be completed in 2019, Germany’s second tallest bridge has been seven years in the making. But on Friday a big milestone in the construction will be reached – the bridge will stretch from one side of the valley to the other.

Second only to the Kocher Viaduct in Schwäbisch Hall, this bridge will span 1.7 kilometers and reach around 160 meters in height.

It stretches over the hilly and picturesque Moselle valley between Eifel and Hunsrück, crossing over some of the country’s finest and most historic vineyards.

The superstructure is intended to facilitate the flow of traffic between the Benelux countries and the greater Frankfurt area.

The High Moselle Bridge will also connect the Frankfurt-Hahn Airport, where the low-budget airlines Ryanair and Wizzair operate, to the Eifel region near the border with Belgium.

“We have reached a major milestone now that the bridge reaches the Eifel side,” said the construction supervisor at the Land Mobility Rhineland-Palatinate, Christoph Schinhofen. “It’s also bittersweet when such a long and interesting period of construction comes to an end.”

However, not everyone will be celebrating the bridge’s completion. Since the planning stages, the gigantic bridge has attracted controversy.

Critics question whether the bridge is worth the million-dollar price tag and complain that the concrete mega-structure is an eyesore, destroying the idyllic landscape of the Moselle valley.

Franz Kappes, who can see the bridge from his bedroom window, said his “concern is really the noise, once the traffic streams in.”

However, Schinhofen said that engineers strived to disguise the bridge in the landscape.

“The bridge does not block the view of the valley,” he said. With its slender superstructure and large gaps between the pillars, it was designed to look “as transparent as possible.”

Opponents to the project also raised safety concerns. A few years ago, deformations of around 0.6 millimetres per year were found, 22 meters deep into the ground.

However, engineers have aimed to limit the geological risks and address critics’ structural concerns by constructing six subterranean concrete pillars as extra protection.

The recent bridge disaster in Genoa shocked some of the construction workers.

But Schinhofen assured that such an incident would be unlikely. In Germany, he said, a bridge has never broken under traffic. Bridge collapses have only occurred during the construction stage. Safety inspections of bridges take place every six years along with interim assessments every three years, he added. 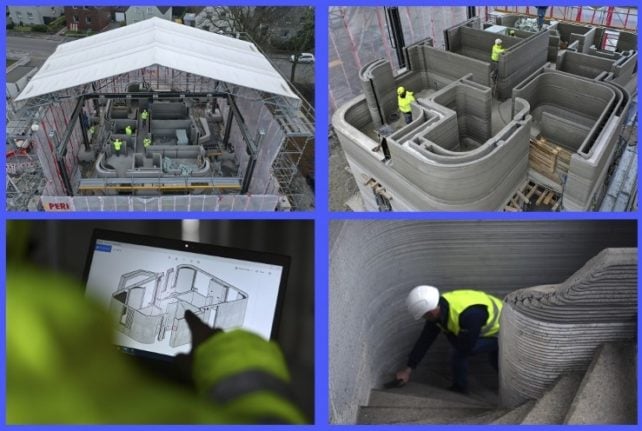 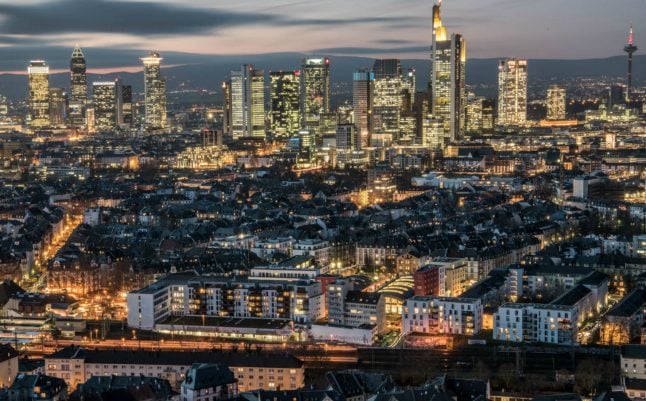