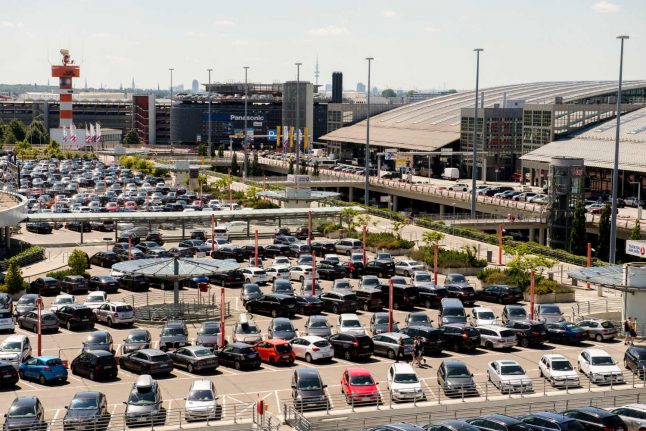 The airline helper portal AirHelp has compared the parking rates at the 13 largest German airports – and found stark differences. They also found that hourly parking is most expensive in Berlin.

“While travellers can already park their car at Dresden Airport for 15 Euro per week, in Berlin Tegel and Frankfurt am Main they must expect to pay at least 139 Euro,” or more than many intercontinental flights, reported the analysis released on Thursday.

Snagging a coveted parking spot at Tegel costs between 139 and 159 Euro, whereas at the much further south Schönefeld it costs between 69 and 139 Euro. Parking can also be expensive at Cologne/Bonn and Munich airports, which have weekly rates of up to 210 and 199 Euro, respectively.

The most expensive weekly parking can be found in Düsseldorf at 238 Euro per week directly underneath the terminal, but there are also cheaper parking spaces for those willing to walk from slightly further away.

But parking overall remains the most expensive in Berlin, according to the report: “For those picking up someone, it will be the most expensive at the Berlin airports,” says Airhelp. For example, one hour in the drop-off zone in Tegel and Schönefeld costs 12 Euro each.

The rate is a little cheaper in Düsseldorf, Munich and Frankfurt, where parkers pay 10 Euro each for one hour of parking. In Hamburg, one hour is free – at least for drivers of electric cars.

Airhelp expert Laura Kauczynski advised that: “Passengers should check whether they can save money by pre-booking their parking space at the airport. Private parking providers often offer shuttle buses to the airport. In addition, they are usually relatively cheap.”

Kauczynski did not mention, however, that most of the airports on the list can be reached by direct public transit, be it a bus, as is the case with Berlin Tegel, or directly by S-Bahn to Schönefeld.