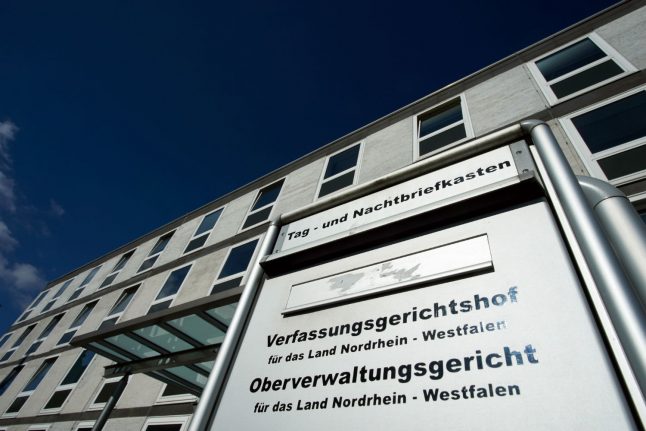 The city Bochum must bring the deported alleged former Osama bin Laden bodyguard, known only as Sami A., back to Germany, the North-Rhine Westphalia Administrative court said on Wednesday.

Yet just how fast Sami A. could return and how it would happen remains unclear. The Tunisian, who was classified as an Islamist threat by the security authorities, was deported from Germany to Tunisia on July 13th.

The administrative court of Gelsenkirchen had forbidden a deportation the day before, as the judges were concerned that Sami A. could be tortured in Tunisia.

However, this decision was not forwarded to the responsible Federal Office for Migration and Refugees (Bamf) until the next day – when Sami A. was already on a plane to Tunisia.

On Wednesday the administrative court in Gelsenkirchen accused authorities of unlawful conduct for their hasty deportation and ordered the state to bring the Tunisian back without delay.

The back-and-forth has raised sharp criticisms across the political spectrum. Deputy FDP Chairman Wolfgang Kubicki accused Federal Interior Minister Horst Seehofer, of the CSU, of “unbelievable failure” in the case, according to reports in Spiegel.

In the meantime, Tunisia has reportedly stated that it will not return Sami A., who has since been released from prison custody, to Germany. “This judgment has no consequences for us,” said a spokesman for the Tunisian Ministry of Justice to BILD.

“The procedure here in Tunisia is not yet completed, because of this he has no identity card, with which he could travel,” said the spokesman.

Sami A. lived with his wife and children in Bochum for almost 20 years. He had come to Germany in 1997 to study.

In a previous ruling, the administrative court stated he had received military training in an Al Qaeda camp in Afghanistan and was temporarily part of the bodyguard of terrorist chief Osama bin Laden – allegations the Tunisian has always denied.