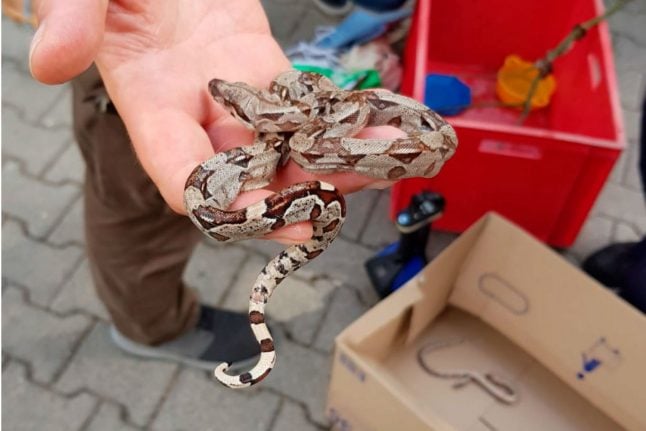 One of the ten baby boa constrictors found in a Frankfurt kindergarten. Photo: DPA

The firefighters managed to catch all ten of the snakes and, with the help of a snake expert, identify them as non-venomous boa constrictors, Frankfurt fire service spokesperson Maik Billino reported.

Boa constrictors can grow to nearly two metres in length, but the babies in the kindergarten were reportedly only 30 centimetres long and about as wide as a human finger. It remains unclear how they got onto the kindergarten premises.

“You do not require a licence for these snakes, and they can just be kept as pets,” said Billino, adding that they could have escaped from a nearby house through the ventilation system.

The baby snakes were eventually taken to Frankfurt zoo, but not before the children at the kindergarten were allowed to take a look at them, and given a brief lesson by the snake expert.