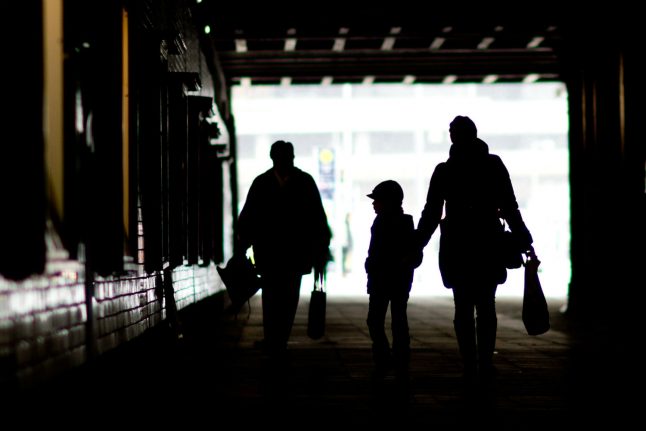 In June, Germany paid child benefit to 268,336 children living outside of Germany in the European Union or European Economic Area, the Finance Ministry told DPA.

Earlier this year, the RedaktionsNetzwerk Deutschland reported that the government had paid €343m into foreign bank accounts in 2017.

The statistics also include German citizens living abroad, of which there are estimated to be around 31,000 receiving child benefit from the German state.

Yet local politicians have also warned that the rise may be down to a rise in migrants specifically targeting Germany’s social welfare system.

“The government is sleepwalking through this problem,” said Duisburg Mayor Sören Link (SPD). “They have to finally do something to combat the problem of poverty refugees within Europe.”

Other Mayors have also raised concerns, leading SPD leader Andrea Nahles to call a summit to discuss the issue on the 27th September.

Child benefit is primarily available to people who are tax-registered in Germany and live in the country. It can only be paid to those living outside the country in exceptional circumstances. Link, though, argued that many are exploiting loopholes in the law.

He claimed that smugglers bring Sinti and Roma people from those countries to German cities, providing them with rundown apartments in order to secure a fixed address in Germany. They then receive child benefit despite the child in question potentially not living in Germany or even existing at all, the mayor argued, speaking of “criminal energy”.

“This is not in the spirit of European freedom of movement, because these people are not here primarily to work,” said Link.

“I have to deal with people here who are spreading rubbish in the streets and exacerbating problems with rats. That irritates people.”

Despite Link’s dramatic claims, the number of child benefit claimants from Romania rose by only 2,000 this year, far behind countries such as Poland and the Czech Republic.

The Finance Ministry nonetheless conceded that a solution was needed to clamp down on those hoping to exploit the German welfare system.

“We favour a European solution, which takes into account the varying living costs in different EU states,” a spokesperson for Finance Minister Olaf Scholz (SPD) told DPA, in calls echoed by the CDU's Carsten Linnemann on Thursday afternoon.

Nahles, though, warned that a European solution would not be easily achievable.

“I already raised this with our EU partners when I was Minister of Labour,” she said. “I was met with a lot of resistance then, and realised how controversial this topic is in Europe.”

Nonetheless, Nahles said, she would not “leave communities alone” with the problem.