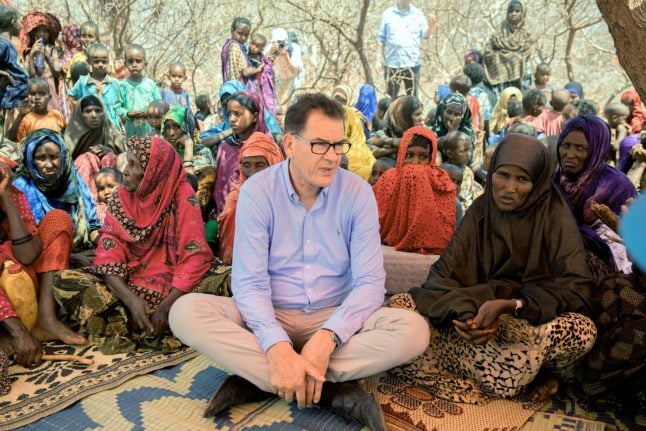 Millions of jobs could be created for young people in Africa if the EU were to allow custom and quota free imports of agricultural produce in particular, argued Müller in an interview with “Welt”.

“The European market is effectively blocked, and yet at the same time, European exports to Africa are increasing,” said Müller. “So my message to Brussels is: open the markets to all African goods.”

This, he said, would also help to solve Europe’s migrant crisis, by stimulating growth and incentivizing young Africans to stay on the continent.

“I am sure that Africa’s young people would be staying at home if there were prospects for work and the future,” said Müller.

The Bavarian politician also argued for an agreement between the EU and Africa to open more legal options for Africans to work in Europe.

“As part of that deal, we would would obviously demand that African countries agree to take back those whose asylum claims had been rejected,” he said.

European countries should do more to support the African Union’s “Agenda 2063” programme, said Müller, adding that current problems are solvable if Europe and Africa work together.

Müller pointed to rapid population growth, stating that more towns would be built in Africa over the next ten years than Europe had built in the last century. Figures like these presented “challenges and opportunities” in equal measure, the minister said.

“Our prosperity is to a large extent built on Africa’s resources,” said Müller. “No mobile phone works without coltan from the Congo. Yet we don’t pay people fair wages and we accept that we are exploiting nature. That’s why we need a new way of thinking and acting in politics, economics and society.”

While Chinese, Turkish and Russian business were investing heavily in Africa, Müller said, the EU was lagging behind, with only 1,000 German companies at all involved in the continent, despite what he saw as Africa’s economic potential.

“42 of 54 African countries had a faster rate of economic growth last year than Germany did,” he said. “That shows what kind of dynamic Africa can develop.”