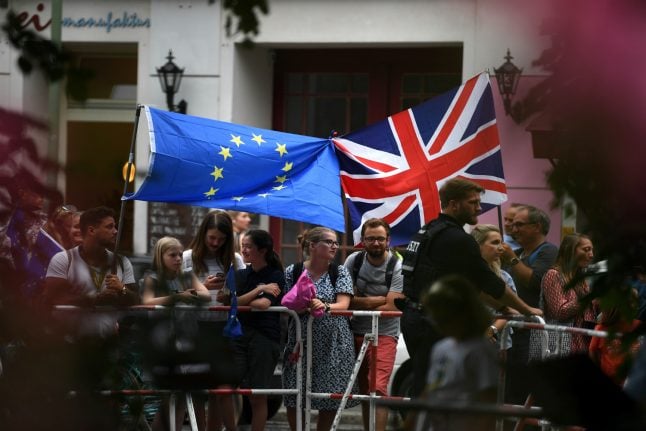 In an attempt to cushion the effects of Brexit, the Foreign Ministry has prepared a law – known as the “Brexit-Übergangsgesetz” — that would extend the deadline by which UK nationals would need to apply for German citizenship in order to receive dual nationality.

The draft legislation is an attempt to give clarity to Brits on when exactly they would need to receive their German citizenship in order to be able to hold both passports.

It foresees that British nationals would have until December 31st, 2020 to apply for German citizenship. British and EU negotiators have agreed in principle that the UK will remain tied to EU agreements for a transitional period ending at the end of 2020 after it officially leaves the EU on March 30th 2019.

However, the Foreign Ministry told The Local that the law would only kick in the event that the UK and EU reach a deal on the UK's departure before the March 30th deadline. In the event of a so-called no-deal Brexit, the law would not apply and Brits would no longer be able to retain their British citizenship if their German passport is granted after the March 30th deadline.

The fate of British expats in Germany remains uncertain, as the Foreign Ministry could also not guarantee their rights and status within Germany if the UK leaves the EU without a formal agreement.

Should the UK and the EU reach an agreement before March 30th, 2019, the bill will enter into force on the same day, giving British nationals a nearly two-year-window to get dual citizenship. The naturalization process is expected to be especially lengthy during this period, as a large number of Brits rush to make the deadline. So that longer processing times do not disadvantage UK applicants, there will also be a regulation that favours their applications during the transition phase.

If Britain does leave with a deal, British nationals will also still have the right to free movement and residence in Germany during the transition period, even if their naturalization application has not been completed by 2020.

The British embassy in Berlin will hold an information evening for British nationals concerned about Brexit on August 23rd, 2018 from 6.30pm to 8.30pm.