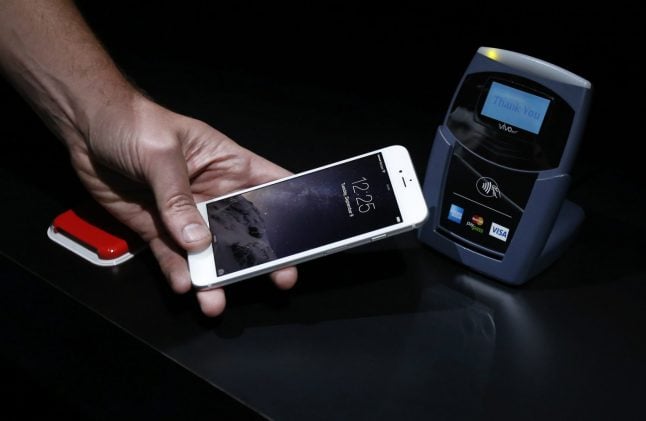 Apple is finally bringing its iPhone payment service Apple Pay to Germany some four years after it was first launched in the US. The service will be introduced in the Bundesrepublik by the end of the year, CEO Tim Cook said on Tuesday at a presentation of current quarterly figures. Cook did not initially disclose further details such as the names of participating supermarket chains.

With Apple Pay, users can pay for their purchases by holding their iPhone or Apple watch against the payment terminal at a checkout desk. A prerequisite for payment with the system is that the terminal is equipped with Near Field Communication (NFC) technology. Apple Pay can also be used to pay for online purchases and apps.

There has been much speculation in recent years about when Apple Pay will be launched in Germany, after the tech giant introduced the service in several other European countries including France, Switzerland, Spain and Austria.

Smartphone payment services are suddenly gaining momentum in cash-loving Germany, after years in which the Bundesrepublik lagged behind. In late June, Google launched Google Pay, while Sparkasse this week introduced its own homegrown rival to the US tech giants' contactless systems.

Apple have not enabled the usage of other payments systems on their equipment, meaning that banks which introduce their own systems will have to limit their offers to devices with the Google Android system.

Apple Pay is currently available in 24 countries, Cook said on Tuesday. In the past quarter, one billion transactions were processed via the service – more than three times as many as a year ago.

MONEY
Why German bank customers could soon pay less for their account
Url copied to clipboard!