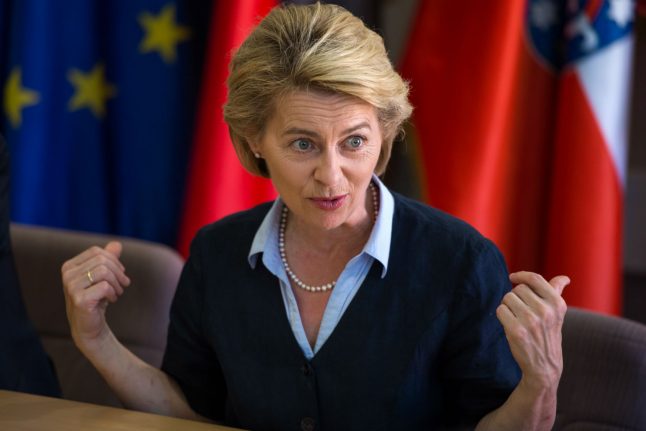 “There is no recognizable strategy in the president’s approach to Russia,” said von der Leyen in an interview with the upcoming edition of the Spiegel.

While Russian president Vladimir Putin’s strategy was to position himself as a global player, thereby distracting from Russia’s economic weaknesses, Trump appeared to have no clear aims, said von der Leyen, speaking just weeks after the controversial Helsinki meeting between the US and Russian presidents.

“The problem with Helsinki is that nobody knows what was discussed or even agreed,” she said.

Just before going to Helsinki, Trump had fiercely criticized Germany at a NATO summit in Brussels, arguing that the Nordstream II pipeline rendered the country completely dependent on Russia. He has long argued that Germany does not pay its fair share within NATO.

Trump had intended to sow “maximum disruption” among the alliance with a  combination of “empty public hostility, hard negotiations, and sometimes flattery,” said von der Leyen.

The defence minister urged NATO allies to respond calmly to Trump, and said that NATO’s position on Russia had not changed, despite Trump’s meeting in Helsinki.

“We of course want better relationships with Moscow, but the ball is in the Kremlin’s court in that regard,” she said.

Von der Leyen also suggested that Trump’s hostility to Chancellor Angela Merkel was down to the fact that she didn’t fit into his perceptions of women.

“A woman like Angela Merkel, a globally admired head of government with many years of experience has probably not featured in his world view before,” said von der Leyen.

“At the beginning, he didn’t even want to shake her hand. Now he is much more respectful.”