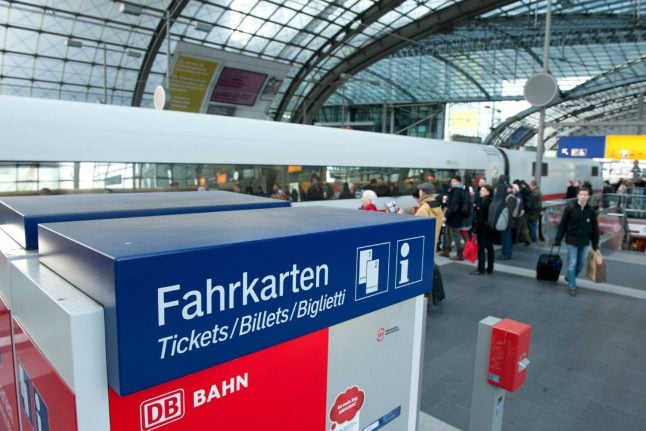 Rail passengers will be able to save money with changes set to take effect in August. Photo: DPA

Providing you live in the right area, kindergarten fees may be a thing of the past come August. The cost of sending your kids to kindergarten in Germany differs wildly from federal state to federal state. According to a recent study by the Bertelsmann-Stiftung, parents in Schleswig-Holstein pay around ten percent of their net income for a kindergarten place, while in Berlin the figure is lower than two percent.

Berlin has been slowly abolishing fees for the last two years, and as of August 1st, will get rid of them altogether. Other states are following suit, with Lower Saxony, Hessen and Brandenburg all set to receive free kindergarten spots from next month, though only for a limited time. In Lower Saxony and Hessen, for example, kindergarten will only be free for the three years before a child starts school, and only for six hours a day.

SEE ALSO: How a childcare crisis is leaving Berlin parents stuck at home with their kids

From the August 1st, it is set to get a lot harder to become an estate agent. This matters, because until now, it has been  surprisingly (and uncharacteristically for Germany) easy to set up as a real estate agent, property consultant or property administrator, leaving consumers vulnerable to less honest types.

In an article for Focus last year, the president of the Federal Association of Estate Agents Jürgen Michael Schick bemoaned that it is easier to enter his field than to become a hairdresser.

No longer, for as of this month, all estate agents will have to acquire a permit, and prove a certain level of further training every three years in order to hold on to it. They will also be required by law to have professional liability insurance.

Recycling electronic gadgets to get easier

Ever looked at an item you want to throw away, been unable to decide which bin it should go in, and stuck it back in the cupboard instead?

As of August 15th, recycling old gadgets will become a lot easier, as the definition of electronic waste switches from closed scope to open scope. In short, that means that now, you can assume that any item which has an electronic element counts as electronic waste.

Those light-up trainers which your seven-year-old has grown out of? Those electronically heated gloves which once saved you from frostbite in the German winter? From August onwards, they are electronic waste.

From next month, passengers may not have to reach quite as deep into their pockets to get to where they need to go on the train.

As of August 1st, Deutsche Bahn (DB) are adding a new budget option for savvy train travellers. Alongside the normal Flexpreis (flexible or full price ticket), the Sparpreis (saver ticket), there will now also be a Super-Sparpreis (we’re sure you can work it out). The Super-Sparpreis ticket will cost €19.90 in second class, and €29.90 in first class.

Deutsche Bahn will also open up their free City-Ticket add-on, which allows you to travel on public transport using your rail ticket, to more passengers. Previously only available to BahnCard holders, now everyone will get the City-Ticket on journeys over 100km. Everyone, that is, apart from Super-Sparpreis ticket holders. They’ll have super-saved enough already.

Yep, it’s our old friends Mr Swing and Ms Roundabout. While you might save money on longer journeys, the chances are that you are going to have to shell out more on short trips, particularly if you live in Magdeburg, Dresden or parts of Westphalia.

Regional train services are due to become slightly more expensive in these areas in August, with prices set to rise around two percent on average.