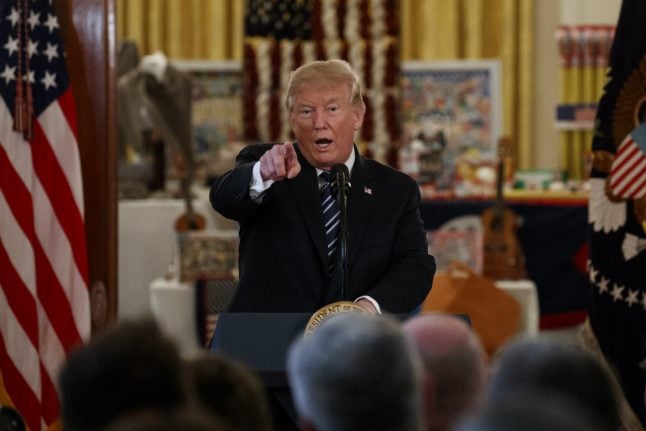 Donald Trump speaks at the White House during the Made in America product showcase on Monday. Picture: DPA

The politician spoke out ahead of the European Commission chief's visit to Washington, which is happening in a bid to prevent an all-out trade war.

“No one has an interest in having punitive tariffs, because everyone loses in the end,” Maas wrote on Twitter.

“Europe will not be threatened by President Trump. If we cede once, we will often have to deal with such behaviour in the future,” added the foreign minister of Europe's biggest economy.

The potential car tariffs, which would deal a blow to Germany's mighty automobile industry, come on top of high levies already slapped by Trump on aluminium and steel imports.

The European Commission has already reacted with a raft of retaliatory tariffs to the metal taxes, but new levies on cars would prompt Europe to take further action.