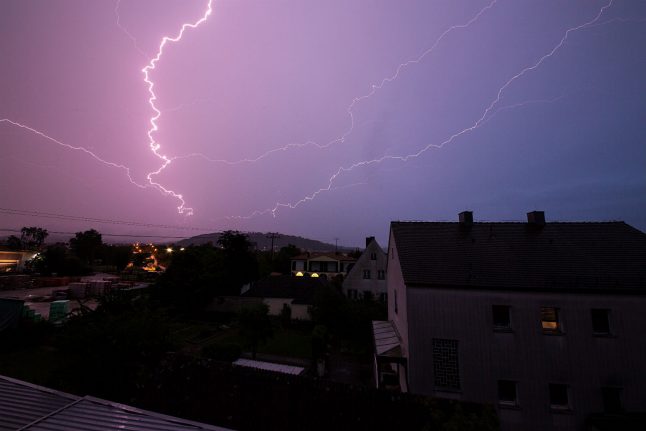 Those in southern Germany should keep a sturdy umbrella to hand today, as the German Weather Service (DWD) has forecast the start of heavy downpours and thunderstorms which should last until Thursday.

The unseasonal weather began on Sunday night in some areas, with heavy hailstorms bringing dramatic scenes to parts of Baden-Württemberg, with cellars flooded and cars stranded on the street, reported FOCUS Online.

Residents near Munich should also brace for unexpected hail storms and strong winds and showers are expected in the evening, cooling the air in places to a chilly 9 degrees.

In the Rheingau region, temperatures are anticipated to drop to 18 degrees, while they will dip to 12 degrees in the Bavarian forest.

Meanwhile, those in northern Germany continue to bask in pleasant temperatures of between 22 to 27 degrees, with areas along the Rhine river reaching a scorching 32 degrees.

But the heat and lack of rain is raising fears of forest fires in northern and eastern areas, and the DWD has issued areas of Saxony-Anhalt with the highest forest fire warning level.

Some politicians are calling for forests to be closed to visitors as a result, amid fears that a discarded cigarette could be enough to set off an inferno, FOCUS said.