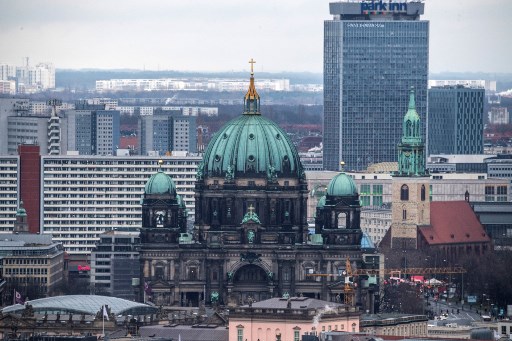 Germany was shocked by a case of antisemitism in April involving a Syrian migrant who lashed out with his belt at an Israeli man. Photo: AFP

The group, aged between 15 and 25, including 3 women, were detained following the assault in the early hours of Sunday morning.

Police did not give the names or nationalities of the suspects or the victim, but German daily Welt had reported that all involved are Syrians.

Police said the victim had approached the group in a park to borrow a lighter, but his cigarette was snatched away.

The 25-year-old was wearing a chain with a star of David, which police said was ripped from the victim's neck by one of the men, while spewing “anti-Semitic insults.”

The attacker allegedly repeatedly punched the victim in the face, before fleeing.

The victim was treated in a hospital after suffering cuts to the head.

Police added that the 3 female suspects aged 15 to 21 and 7 men aged 17 to 25 were subsequently released, but that a special branch of investigators dealing with politically motivated crimes have taken over the case.

Germany was shocked by a case of antisemitism in April involving a Syrian migrant who lashed out with his belt at an Israeli man wearing a Jewish kippa skullcap. The attack was the latest to raise alarm bells about renewed antisemitism in Germany from both the far-right and a large influx of predominantly Muslim asylum seekers since 2015.

The anti-immigration Alternative for Germany party, which captured nearly 13% of the vote in the general election in September, has broken a taboo by repeatedly challenging Germany's “remembrance culture” and atonement for the Nazi era.

Chancellor Angela Merkel, speaking with Israeli television, had also denounced the emergence of “another form of antisemitism” beyond that of right-wing extremist groups, from Muslim refugees. 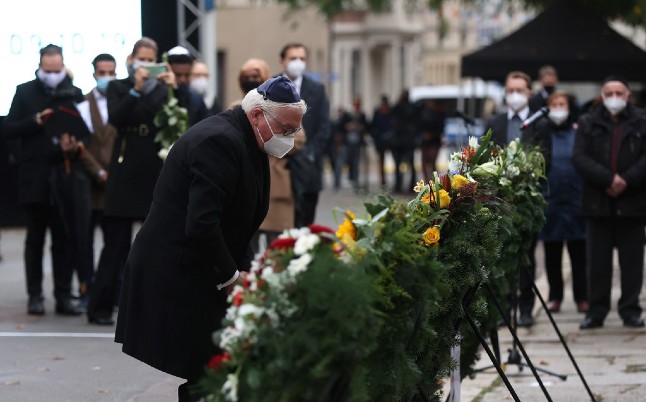 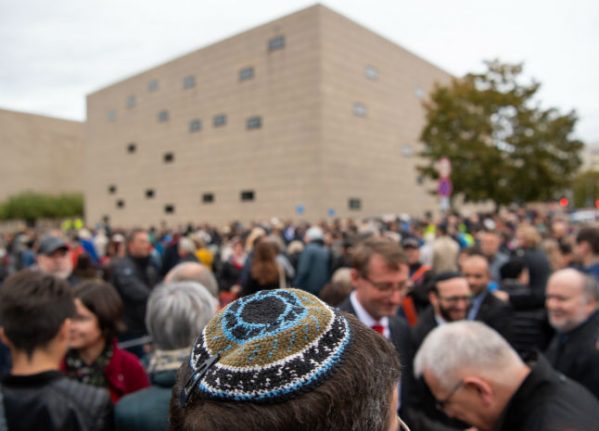 German President President Frank-Walter Steinmeier lays a wrath outside the synagogue in Halle. Photo:Ronny Hartmann / AFP
Two people were killed in the attack on October 9, 2019 during Yom Kippur, the holiest day in the Jewish calendar, in one of the worst acts of anti-Semitic violence in Germany's post-war history.
A heavily armed man tried to storm the synagogue, but when the door failed to break down he shot dead a female passer-by and a man at a kebab shop instead.
“I feel deep sadness. But even a year later I still feel shame and anger,” President Frank-Walter Steinmeier said at a commemoration to mark a year since the attack.
No one should stand by and watch anti-Semitism “in the underground, in a café, in the schoolyard, on the street, on the internet”, Steinmeier added. “Everyone must stand up when the human dignity of others is violated.”
At 12.01pm, the time the attacker fired his first shot at the door of the synagogue, all the church bells in Halle rang for two minutes.
READ ALSO:
In the afternoon, a memorial was unveiled incorporating the old door of the synagogue.
The attacks have sparked soul-searching in Germany, which has placed a huge emphasis on atoning for the murder of six million European Jews by Adolf Hitler's Nazi regime during World War II.
Just this week, a Jewish student was attacked outside a synagogue in Hamburg in a case that police are treating as attempted murder with anti-Semitic intent, condemned by Chancellor Angela Merkel as a “disgrace”.
A neo-Nazi suspect, 28-year-old Stephan Balliet, is currently on trial for the Halle attack and has told the court it was “not a mistake”.
Foreign Minister Heiko Maas also voiced his regret on Friday at anti-Semitism in Germany.
“One cannot say that the problem has left us — and the fact that we have to protect Jewish institutions in 2020 is actually a state of affairs that is not acceptable,” Maas told the RTL broadcaster.
SHOW COMMENTS 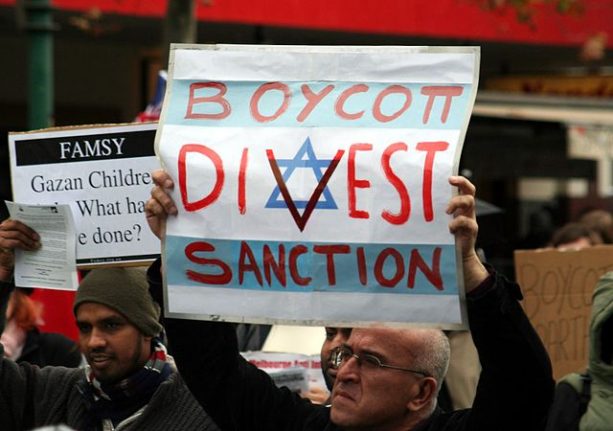 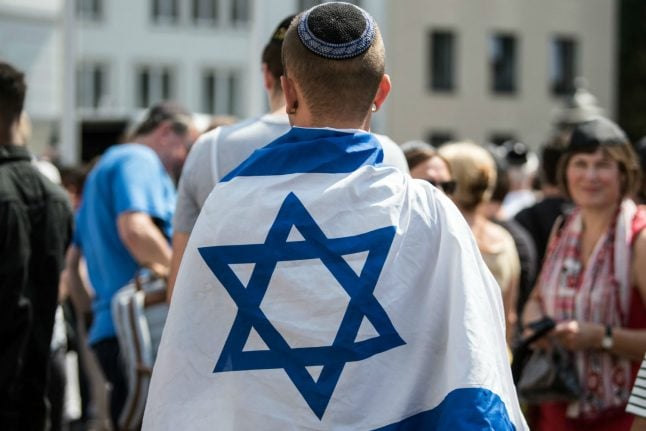