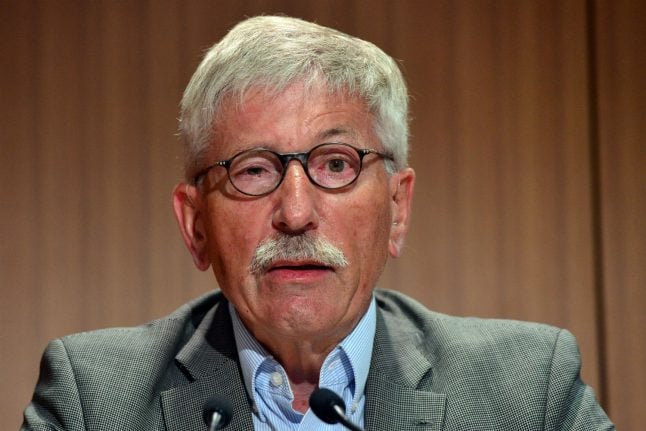 The dispute, which will be heard before a court in Munich on Monday, revolves around Sarrazin's new book “Hostile Takeover — How Islam Hampers Progress and Threatens Society”, Bild Zeitung reported on Friday.

In 2010 Sarrazin, a former central banker and Berlin state finance minister, published the incendiary book “Germany Does Away With Itself”, arguing that undereducated Muslim migrants were making the country “more stupid”.

The volume became a runaway bestseller and is now seen as having helped pave the way for the anti-Islam Alternative for Germany party which entered parliament last year with nearly 100 deputies.

The new book was to have hit shelves in late August and is billed as a critical close reading of the Koran.

Sarrazin, 73, told Bild that he had signed a contract with Random House in November 2016 on the basis of a 10-page expose and delivered the manuscript in February this year.

He did not discuss the size of his advance.

“After a lot of back and forth about the publishing date, the publisher said at the end of May that it would not put the book out at all,” he was quoted as saying.

Random House, which is owned by German media behemoth Bertelsmann, confirmed the dispute would be heard in court Monday but declined to comment on the specifics.

However Bild cited sources at the publisher as saying that the new book could “seize on and amplify anti-Islam sentiments”.

In a statement, Random House called the new Sarrazin book “unannounced” and said it had “neither the intention of stopping it nor blocking its publication”.

“The author is free to publish his book at any time with another house,” it said.