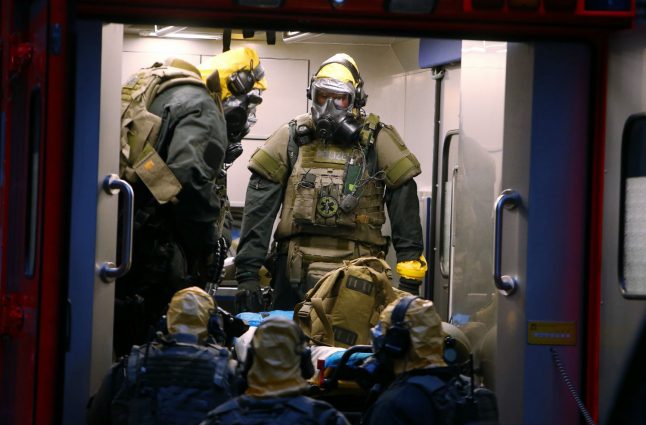 The 29-year-old Sief Allah H., who had lived in the Chorweiler neighbourhood of Cologne, was arrested on June 12th after being accused of procuring material online, including seeds needed for the creation of the toxin chemical ricin.

Now a report by the Interior Minister Herbert Reul (CDU) has described events leading to the arrest of the suspected would-be terrorist.

According to the Kölner Stadt-Anzeiger, Allah H. had already planned his escape after a possible attack.

Allah H. had previously attempted to make two trips to Islamic State (IS), the terrorist group that has fought in the Syrian war and carried out major attacks in Europe, according to the report. He had also been reported to German police for domestic violence.

After the arrest, police said Allah H. had already begun to produce ricin, one of the most dangerous toxins found in nature, from castor seeds when he was arrested. The seeds and components required to build an explosive device were found in his apartment.

Allah H., a father of four with a wife, known as Jasmine D., who had converted to Islam, came to Germany in 2016.

The couple had met two years earlier via Facebook and got married in his home country. In November 2016, he travelled to Germany for family reunification.

On January 8th, Jasmine D. reported to police that her husband had beaten her several times. As a result, the police gave Allah H. a 10-day ban and investigated him for domestic violence. On January 25, the couple reunited at the station.

It soon turned out that Allah H. had long been under surveillance by authorities because he had tried on two occasions, months before, to travel to the IS group via Turkey and Egypt.

In mid-March 2018, the Federal Office for the Protection of the Constitution (BfV) informed Cologne authorities that they would continue to observe the suspect. However, the evidence of a terrorist threat at that stage seemed too vague.

The report also states that that the immigration office for Cologne informed local police on October 12th, 2017 that Allah H had claimed his passport was missing.

It wasn’t until the beginning of June last year that the Joint Counter-Terrorism Centre (GTAZ) in Berlin-Treptow sounded the alarm. It became clear through indications from foreign partners that the suspected extremist may have been planning an attempted attack in Germany.

Further research revealed that the suspect had been buying castor seeds and other parts for a poison bomb for weeks over the online retailer Amazon. In addition, he had ordered a sleeping bag along with a mobile battery.

It has also emerged from intercepted phone calls that Allah H. had asked his wife for 1000 euros. According to investigators, he was planning his escape after a successful attack.

Allah H. has not commented on the allegations, according to the report.  Meanwhile, his wife has claimed to know nothing.

The opposition in the Düsseldorf state parliament has been responding to the report.

Verena Schäffer, the Greens' spokeswoman, called for action. She said the case was an example of  “successful cooperation between national and international security authorities”.

“This is a good sign despite the drama that could have been caused by an attack with ricin,” she said.

“However, Minister Reul now has to be specific in his call for an early-warning system for the sale of hazardous substances,” she added.

According to the Federal Criminal Police Office, “the case is the first case in which a jihadist-motivated offender has produced biological weapons in Germany”.

There are no findings so far on any possible accomplices. Also, it is not clear where and how Allah H. was planning an attack.

The report says the suspect had already purchased several parts over the internet for the construction of a splinter bomb to be filled with the highly dangerous poison ricin.

In the raid on June 12th, steel balls, wires connected with light bulbs and “possibly a suitable explosive powder and nail polish remover” were found.

The extremist could have killed hundreds of people with the explosive device, according to Hans-Georg Maaßen, President of the Federal Office for the Protection of the Constitution,