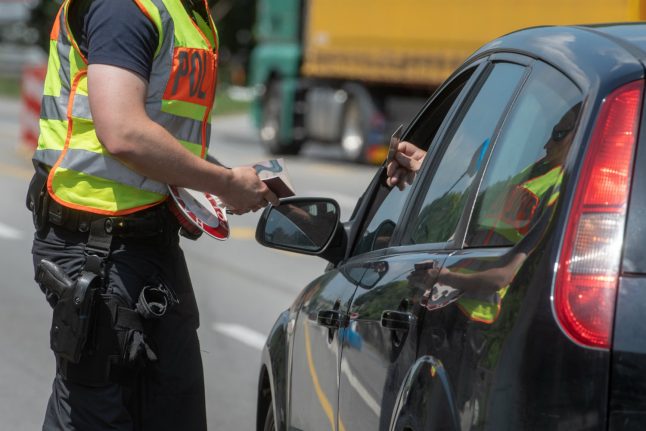 What has Merkel agreed?

Merkel's asylum pact with her hardline Bavarian CSU allies would set up a “new border regime” on the frontier with Austria.

Asylum seekers already registered in other EU nations would be held in “transit centres” while awaiting deportation.

The concept is similar to the “extra-territorial” zones of airports, where new arrivals have technically not yet reached national territory.

Before detainees can be deported, agreements must be hammered out with other governments.

Should those countries refuse, the conservatives want to persuade Austria to accept returned asylum seekers.

Numbers seeking asylum in Germany have fallen sharply from 2015-16 peaks, to 78,026 between January and May this year.

Of those arriving so far this year, some 18,349 – almost one in four – had an asylum claim already open in another country, according to media reports last month.

Despite the reduced flows, the CSU was determined to push through a policy it had called for unsuccessfully since 2015, hoping to sway voters ahead of a vital regional election in October.

“Transit centre” camps were rejected by Merkel's centre-left coalition partners the SPD in 2015.

But SPD leader Andrea Nahles said Tuesday the new plan affecting smaller numbers was “not the same case” as at the height of the refugee crisis, when tens of thousands of people arrived each day.

Social Democrats are torn between their humanitarian instincts and the knowledge that many voters support tougher controls.

Exploding the coalition over migration so soon into its term would likely harm them at the polls in new elections.

But Nahles also warned there are “cheques that risk bouncing” in the deal's dependence on international agreements.

Will other countries accept returnees?

Being able to deport asylum seekers will depend on bilateral agreements to send them back to the EU nation where they first registered.

Such transfers were at the heart of a deal Merkel eked out at an all-night European leaders' summit last week.

Among the 16 countries named as having agreed by Merkel, several central European nations — including Hungary, Poland, the Czech Republic and Slovakia — denied they were open to accepting returnees.

Meanwhile key migrant arrival country Italy, with its newly-elected populist government, did not appear on the list at all.

“It seems to me that (Kurz) is interested in reasonable solutions,” Seehofer said Tuesday after a phone call.

Vienna said it had not been consulted on the German plans and called for “clarification” from Berlin.