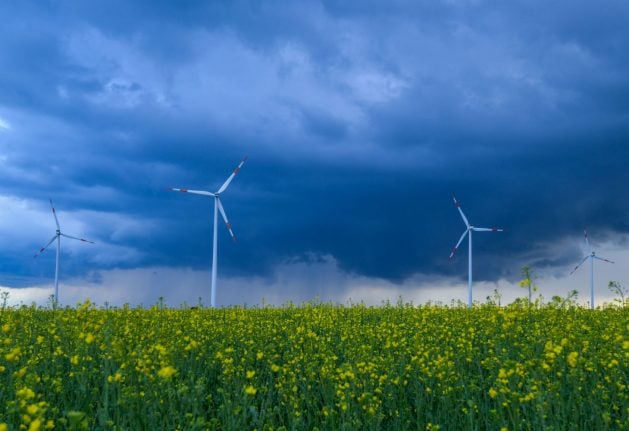 Wind energy accounts for the majority of renewables produced in Germany. Photo: DPA

The lion's share of green electricity came from wind turbines on land and at sea which, according to German energy company Eon's figures, contributed around 55 billion kilowatt hours in the first half of 2018.

Overall, renewable energy production rose by nine percent compared to the first half of last year.

According to Eon, the amount of green electricity produced from January until the end of June 2018 would be sufficient to supply all German households with electricity for one year with at an average consumption of 2,500 kilowatt hours.

This year's highest input of renewable energies into the electricity grid so far was on January 3rd with around 1.1 billion kilowatt hours, states the Federal Network Agency,. On that stormy day, the Cyclone Burglind struck Germany, causing renewables – namely wind energy – to account for 71.6 percent of national electricity consumption.
According to the Federal Association of the Energy and Water Industries, renewables accounted for 36 percent of electricity consumption in Germany in 2017 as a whole.