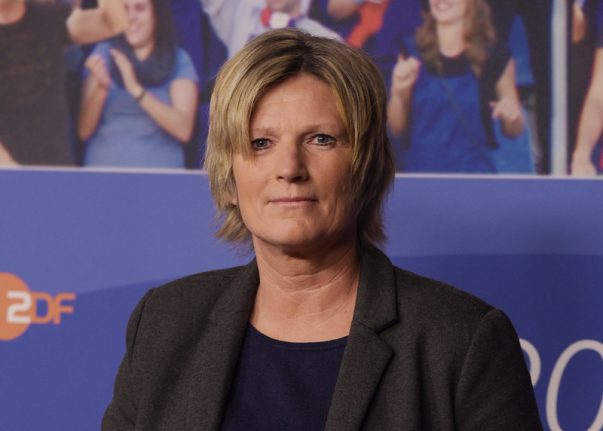 Claudia Neumann. Photo: DPA
“ZDF has lodged a criminal complaint at the Mainz prosecutor's office against two social media users who made extremely derogatory remarks against Claudia Neumann and ZDF,” the channel's director Thomas Bellut told the Mainz daily Allgemeine Zeitung.
“There are apparently still some viewers who think that there is a problem that a woman is commentating on football,” said Bellut after a meeting of the channel's advisory board.
Neumann was among a handful of female sports journalists who made history this year by becoming the first women to commentate live on World Cup matches. But her station has had to leap to her defence as the 54-year-old repeatedly became the target of fierce ridicule and gender-based attacks.
“We go after every attack against ZDF employees that constitutes a criminal offence,” said Bellut.
Support for Neumann — who had previously taken the microphone for Euro 2016 and Champions League matches — also came from the German Olympic and Sports Confederation.
The body proposed putting more women into “supposedly male disciplines” with an emphasis on high-profile events such as at the World Cup and Champions League matches.