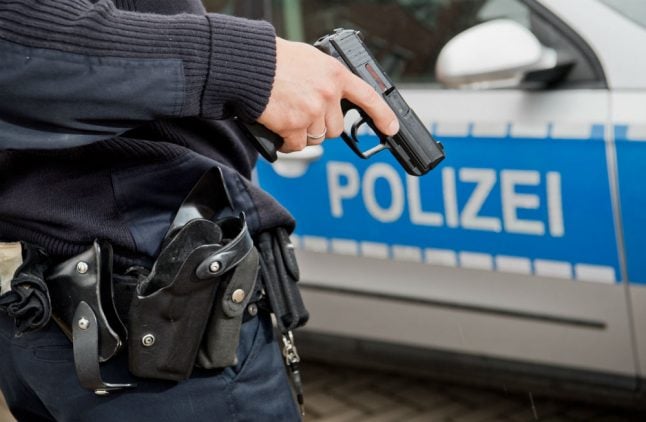 An officer in Hanover. Photo: DPA

Last year’s statistics were slightly higher than in previous years. Figures from the past few years also show an upward trend in police shooting deaths.

In 2016, 11 deaths and 28 injuries took place in Germany due to police shootings.

In 2015, the numbers were 10 deaths and 22 injuries. The year prior to that, seven people were shot dead and 30 were injured. And 2013 saw eight people fatally shot while 20 were injured.

But the use of firearms in the Bundesrepublik is at a rather low level given that there are some 300,000 federal and state police officers nationwide.

SEE ALSO: 5 things to know about guns in Germany

The Police College state that 13 of the 14 deaths due to police shootings last year involved cops either in life-threatening situations or defending themselves. The remaining death took place when officers tried to stop a suspect from getting away.

According to figures seen by the Funke Media Group, German cops fired at people 75 times last year – or once every five days.

Ten shots were also fired accidentally by cops in 2017, and two shots were fired by cops attempting to commit suicide.

The figures are significantly lower in Germany in comparison to the US, where police shot dead 987 people in 2017, according to The Washington Post.

READ ALSO: 'Spanking kids is why US is more violent than Germany'