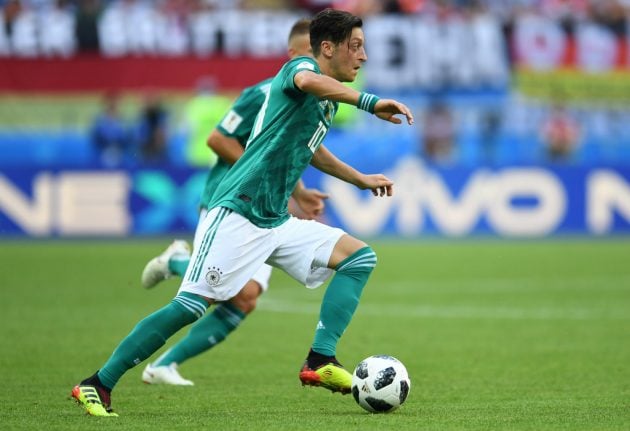 Germany exited the World Cup at the group stage for the first time since 1938 on Wednesday when they went down 2-0 to South Korea. It was a painful humiliation for the proud footballing nation.

The brutal examination is already in full swing, with pundits pointing the finger at everyone from team director Oliver Bierhoff, to a couple of officials who got a bit over excited after last-minute victory over Sweden.

Meanwhile, several players came in for hefty criticism due to their performances.

Bayern Munich striker Thomas Müller was widely seen as being off form and failed to register a single goal.

Other core members of the team also failed to find form, among them Sami Khedira and Jerome Boateng. Jogi Löw also dropped players from the team as he failed to find a starting eleven he fully trusted. Even Toni Kroos – the team's undisputed talisman – made two blunders that led to decisive goals, one against Sweden and one against South Korea.

For the far-right Alternative for Germany (AfD), blame for the exit all lay on the shoulders of one player though – midfield playmaker Mesut Özil.

According to AfD MP Jens Maier, “without Özil we would have won!”

The party’s spokesman Christian Lüth went one step further, implying that Özil has purposefully sabotaged his own team. “Özil can be satisfied, well done Erdogan,” he tweeted after the defeat.

That the AfD's analysis of the game has more to do with their xenophobia and less to do with a hitherto unknown expertise as football pundits is suggested by previous repeated attacks on Özil.

Before the 2016 European Championship, the AFD already decided that the World Cup winner from 2014 should be treated as a disloyal individual. On that occasion he travelled to Mecca on a pilgrimage, an action which the AfD claimed “sent an anti-patriotic signal.”

Meanwhile, in the build up to this year's World Cup he caused a storm when, along with fellow national team player Ilkay Gundogan, he allowed himself to be photographed with Turkish President Recep Tayyip Erdogan.

After the first match, in which the team lost to Mexico, the AfD called for Özil to be sent home, claiming the meeting with Erdogan showed he was only prepared to play “half heartedly” and that his presence in the squad was having a negative effect on team spirit.

An impartial analysis of play shows though that Özil was one of Germany's better players in the game against South Korea.

The Süddeutsche Zeitung points out that Özil played more passes than any of his teammates except for Toni Kroos. Meanwhile he also made two key passes either side of the half time which should have led to goals had Germany’s strikers been more deadly.

The AfD aren’t the only ones who have had it in for Özil, a player who tends to stay quiet both on and off the pitch. Ex-players have been ruthless in their criticism, quietly forgetting that he was a key figure in Germany’s run to the title in 2014.

Reactions to the AfD provocation ranged from outraged to sarcastic.

One Twitter user responded to Maier’s comment with a conspiracy of his own: “since the AfD have been in the Bundestag Germany haven’t made it out of a single World Cup Group stage.”

Another tweeted that “the national team might have had a better team spirit if the German Football Association had clearly distanced itself from the awful racism against Özil and Gundogan.”