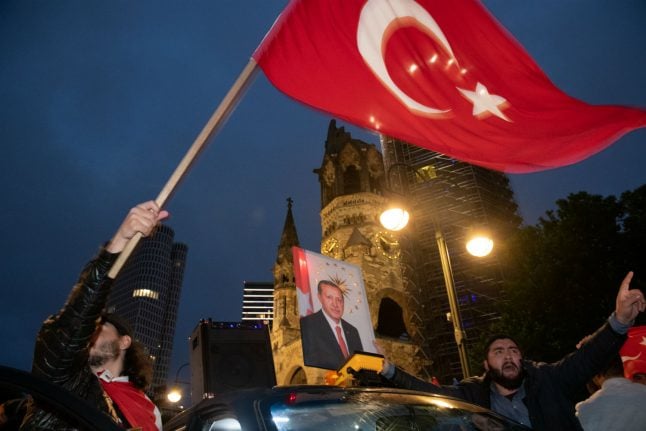 “The Turkish-German Erdogan supporters aren’t only celebrating their dictator, they are also expressing their rejection of liberal democratic values – just like the AfD,” said Özdemir. “This should concern us all.”

Özdemir, who led the Green party into last year’s national election, was responding to news that a majority of Turkish citizens living in Germany had voted to elect Erdogan as president of Turkey in Sunday's election.

Roughly 1.4 million people in Germany are eligible to vote in the Turkish elections, making them a crucial source of votes for politicians in Ankara.

Özdemir said that a large vote swing against Erdogan showed that “many people in Turkey are sick of Erdogan and his regime of fear.”

“If this election had been in any way fair, Erdogan would have had to give up power.”

Serious questions were raised over the fairness of the vote in Turkey, which was also set to bring about major constitutional changes in Ankara, with the replacement of parliamentary democracy with a presidential system.

SEE ALSO: 'Unprecedented interference' as Erdogan tells Turks in Germany not to vote for 'enemies of Turkey'