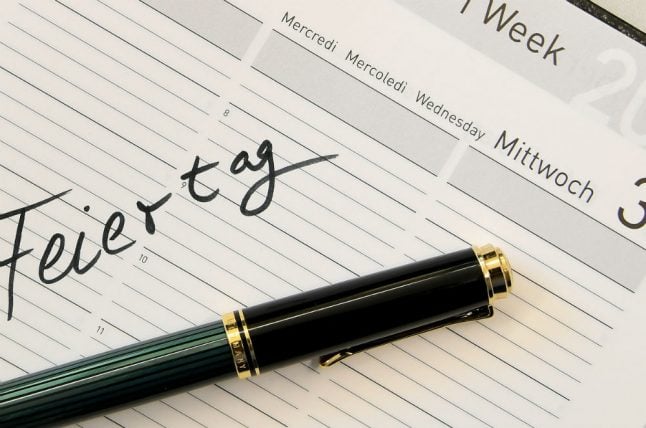 October 31st will this year be a day off for residents in Lower Saxony. Photo: DPA

This means that the state’s nearly eight million residents will have October 31st off as early as later this year. 100 votes were cast in favour of the day off, with 20 votes against it and 17 abstentions.

Lower Saxony follows the example of Schleswig-Holstein and Hamburg, two states which made October 31st (which is also Reformation Day) a public holiday a few months ago.

Further states which already have the day off include Thuringia, Brandenburg, Saxony, Saxony-Anhalt and Mecklenburg-Western Pomerania.

The city state of Bremen is due to vote on a bill this Thursday to decide whether they will follow suit.

Last year, October 31st was unique in that it was the 500th anniversary of the Reformation – when Martin Luther is said to have published his 95 Theses – and everyone nationwide had the day off.

Minister-President Stephan Weil had proposed the new holiday last autumn for Lower Saxony during the state election campaign. He argued it was justifiable because the southern states have more holidays than the north.

Whereas Bavaria has 13 annual public holidays and Baden-Württemberg, Saarland and Brandenburg have 12, Lower Saxony along with Berlin and Bremen only get nine.

SEE ALSO: How to make the most of the public holidays in 2018