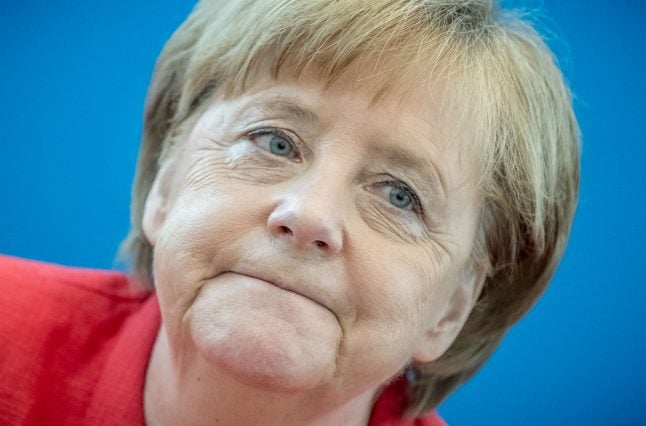 A poll by broadcaster RTL shows that the dispute between Merkel and her Interior Minister Horst Seehofer is harming the Chancellor’s Christian Democratic Union (CDU) and Seehofer’s Christian Social Union (CSU).

The poll shows that the parties would win a combined 30 percent of the vote if an election were held tomorrow, a drop of four percent since the last RTL poll.

The two parties, while organizationally separate have been in a union with one another at the federal level for decades. The CSU only exist in Bavaria, where the CDU do not fight elections.

Questions have been raised over the future viability of the coalition government after Merkel and Seehofer have failed to agree on the direction of the country’s asylum policies. Seehofer has demanded that Germany start turning back asylum seekers at the border who have already been registered in other EU countries. But Merkel has refused to countenance this measure, seeking instead a common EU policy.

The main winners from the dispute, according to the RTL poll, have been the anti-migrant Alternative for Germany (AfD), who rose to 15 percent in the poll. That puts them just behind the other party in government, the Social Democrats, who have dropped further in popularity to 16 percent.

The Green party have been steadily rising in popularity since September’s election and would now win 14 percent of the vote, while the Free Democrats would win 10 percent and Die Linke would be the smallest party on 9 percent.

SEE ALSO: Merkel gets ultimatum from ally over asylum seekers