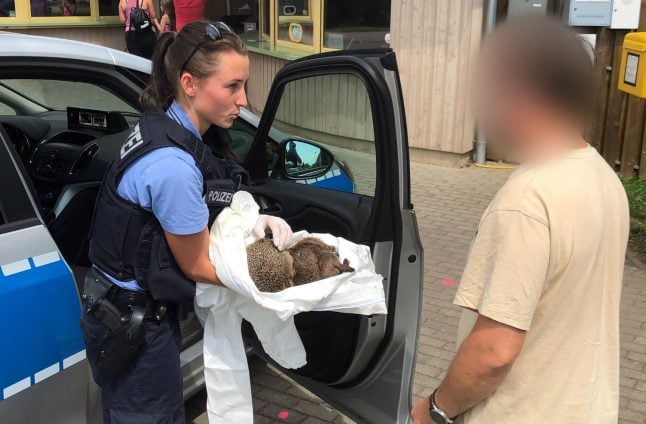 Apparently it isn’t only humans who can get hangovers.

Erfurt locals were alarmed to find two hedgehogs slumped next to a bottle of eggnog near a children’s play area on Sunday, the Thüringer Allgemeine Zeitung reported.

Hedgehogs have never been known to cause much of a stir and their reserved nature is more often associated with a bit of rustling in the leaves rather than liquor consumption.

However after police were called to the scene at the weekend, they found that curiosity had gotten the better of two of the spikey little creatures.

The two hedgehogs are thought to have come across a leaking bottle of eggnog and proceeded to vigorously finish it off. The intoxication probably came as a shock to these first-time consumers, and resulted in the hedgehogs suffering from a bad hangover.

Not looking as sharp as usual, the hedgehogs were taken by police to recuperate in the nearby Thuringian Zoo. The zoo will look after the animals until they are back in tip-top condition.

With regard to this incident, Erfurt police have reiterated that all rubbish must be correctly disposed of. They also made clear that it is currently forbidden to consume alcoholic beverages near children’s play areas, stating, if not for the sake of your own liver, then at least for the sake of the children… and hedgehogs.