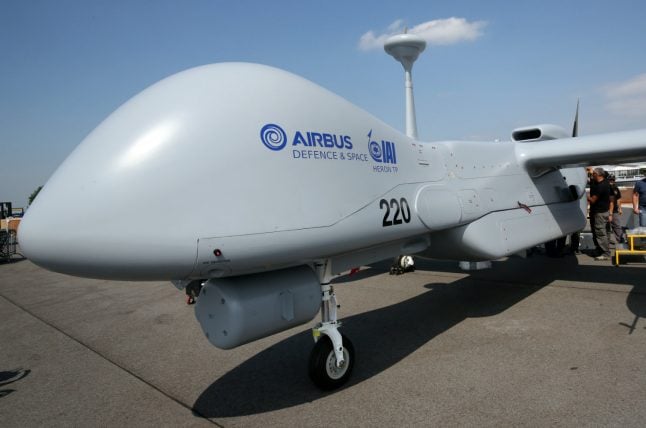 The Social Democrats had held up the deal for years in the Bundestag (German parliament) due to the sensitivity among their voters of using unmanned aircraft which are capable of firing missiles.

But, according to ARD, a compromise has been reached as, initially at least, the drones will not be armed. The government has also agreed that no German soldiers will be trained in the use of the drones’ weapons systems.

An official from the state-owned Israeli firm, speaking on condition of anonymity, said the deal covered five drones.

“It's a very large deal,” Netanyahu said, “and that of course helps our defence industries and I think it helps security in Europe.”

“It's a very, very good piece of news,” he said at a security conference in Jerusalem.

In 2016, German defence minister Ursula von der Leyen said the intention was to use the Israeli drones until a similar European model was operational.

Germany had considered buying Predator drones from the United States, but ultimately opted for the Heron TP, which German officials have said could be made available more quickly and would provide a smoother transition between models.