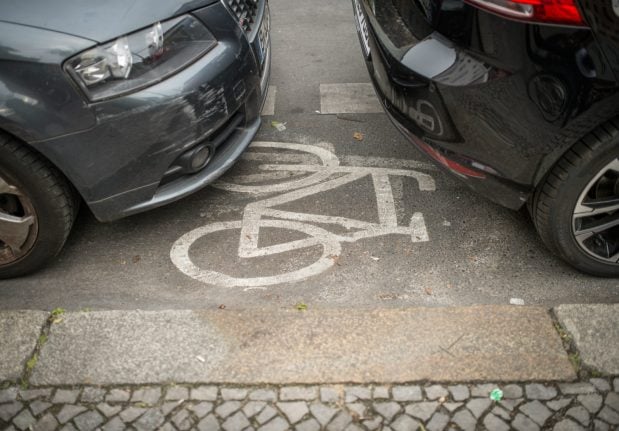 Berlin’s transport authorities set about highlighting Berlin’s parking problems with a week of action from 28th May to 3rd June. In a city of cyclists parking offences on bike lines can be infuriating for commuters and can more seriously lead to road accidents when improperly parked vehicles cause cyclists to avoid collision.

For this week of action the Berliner Verkehrsbetriebe (BVG), Germany’s main public transport company, teamed up with the police and public order offices from numerous Berlin districts, including Pankow, Mitte and Neukölln, to monitor streets in Berlin where parking offences are rife, with the aim of “sending a clear message for greater understanding and mutual consideration on the roads”.

As reported by Tagesspiegel over the course of these five days 4,093 parking violations were recorded and from this number 315 vehicles had to be towed.

This is a noticeable decrease from a similar week of action which took place last in October last year, which saw 6,795 parking offences and 282 vehicles towed. Despite this decrease in recorded violations officials aren’t holding their breath.

One of the main problems is that offenders are quick to play down their traffic violations, reports Tagesspiegel. Excuses, such as only wanting to leave the car there for a moment while running a errand, or complaints about the lack of car parking spaces only help to trivialise the situation and allow the offender to avoid feeling any sense of wrong-doing.

The penalty for a parking violation in Germany is a fine of between €15-€30. This is extremely low in comparison to the EU’s average of €100, and many believe that if Germany were to adopt a similar penalty then the number of violations would sharply decrease.

But while the week of action managed to clear the bus and bike lanes of Berlin faster than usual they were soon again filled up with parked vehicles. So the struggle with Germany’s parking offenders isn’t over yet.