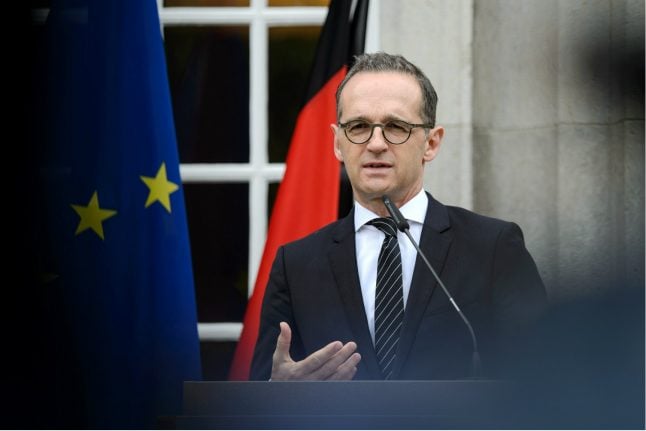 With US President Donald Trump putting pressure on traditional allies with his “egoistic” America First policy, Maas argued Europe must recalibrate its relationship with the United States and become an effective counterweight.

Only if Europe's two biggest economies Germany and France were to boost their cooperation to an unprecedented level could they drive the EU to become a strong player as a rising China and resurgent Russia are also jostling for position, he said.

Voicing strong support for French President Emmanuel Macron's call for far-reaching eurozone reforms, including on the economy, finance and security, Maas said Berlin must be ready to pump funds into the bloc.

“Thriftiness is a virtue but stinginess is a danger for what we want to build – that is a united and strong Europe. That's a good investment worth every cent, not only because we will all benefit in the end,” said Maas.

While noting that Merkel had rightly begun working on eurozone reforms, Maas stressed that “we must go further if we want to have a strong, prosperous Europe without first or second-class citizens.”

“We need a big Europe. A Europe that does not differentiate between small and big countries, between its centre and periphery. I am deeply convinced: We need more courage,” he said.

This includes “courage to throw overboard our dogmas because it serves the greater good,” said Maas two weeks before a crunch EU summit on the reform of the bloc.

Germany, despite running massive trade and budget surpluses in recent years, has been reluctant to loosen its purse-strings to fund greater investments in Europe.

While Macron has championed reform proposals for the European Union such as a common finance minister and budget, Merkel in early June suggested that a “limited” investment budget of a several tens of billions of euros would be enough.

Merkel's conservative CDU party argues that it has a responsibility to set aside funds for its rapidly ageing population, while her coalition partners, Maas' Social Democrats, are more receptive to Macron's calls.

Many Germans also fear having to pay off debts run up by other EU members, and Merkel's Bavarian CSU allies as well as the right-leaning faction of her centrist party are deeply opposed to any talk of funding eurozone laggards.

Maas however argued that Germany must not be “someone lecturing and telling other members states what to do but someone who encourages others to decisively move Europe forward”.

Germany and France will hold talks next week before a crucial June 28-29 EU summit to coordinate their positions on reform of the bloc after Britain's exit next year.

The EU summit is seen as the last chance before European elections in May 2019 to get a few tangible projects on the road and demonstrate to frustrated voters Europe's ability to deliver on its promises.