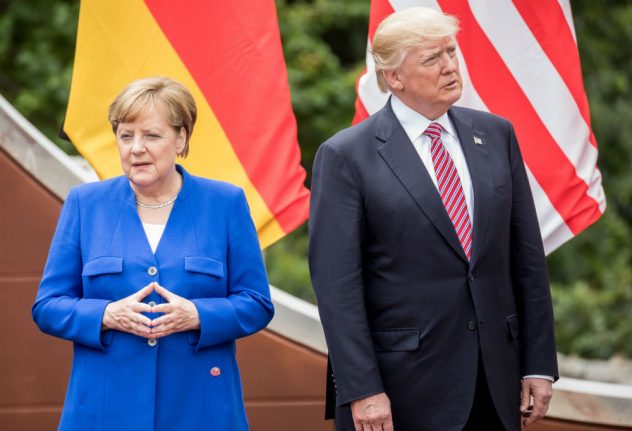 Merkel and Trump at the G7 summit last year in Italy. Photo: DPA

Speaking two days before the Canada meeting of the club of major industrialized democracies, Merkel also said the leaders may not necessarily manage to agree on a final joint statement.

“I think everyone knows there will be difficult discussions there, because G7 summits deal with the global economy, trade, climate protection, development- and foreign policy,” she told German parliament.

Trump's decisions to quit the Paris climate and Iran nuclear deals and impose sweeping steel and aluminium tariffs showed that “we have a serious problem with multilateral agreements, and that's why there will be contentious discussions”, she said.

Given the stark differences between the US and many of its partners, she argued that the meeting should not insist on hammering out a joint communique that would spell a “watering down” of previous joint commitments.

Merkel vowed to enter the talks “in good faith” but stressed that there must be “no compromise for its own sake” and that a final statement by the host Canada, rather than a joint communique, “may be the more honest way”.

Speaking in a new parliamentary question time format, it was the veteran European leader's first time personally taking questions posed by MPs – something which no head of government has done before in the Bundestag (German parliament).

Merkel also reiterated that, amid the simmering trans-Atlantic tensions, Europe will increasingly have to find its own way in the world.