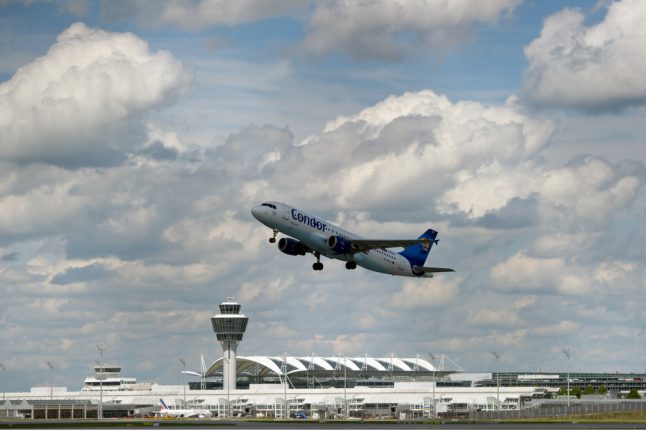 The 62-year-old from South Africa was on her way from Cape Town to Corfu in September 2016, the outward stretch of a journey to meet her son for a two-week vacation.

The first leg of her journey had taken her from Cape Town to Munich. From there, she was supposed to fly on to the Greek island.

There really wasn’t anything that could go wrong, Botha told The Local by phone. She had a layover of five hours, easily enough time to navigate her way between the two terminals at Franz Josef Strauß Airport.

Unbeknownst to her though, the official who checked her passport as she entered Germany made a basic mistake.

“The lady at the border desk asked me for my passport, I gave it to her and she looked at it until she found my visa. Then she handed it back,” Botha recalls.

“I distinctly remember asking ‘Is that it?’ and she replied ‘Yes’.”

In fact, the official had forgotten to stamp the visa, meaning that Botha had entered Germany illegally.

After making her way from Terminal 2 to Terminal 1, Botha sat down to read a book. Even then though, she was confronted by peculiar behaviour from an airport official.

“In the early morning I approached a female staff member to ask her for directions and she literally shouted in my face for asking her a question. Apparently I wasn't allowed to ask her for information. I was so stunned I couldn’t believe it,” she says.

When the time drew near to board her second flight, she recounts being confused by construction work taking place at the terminal.

“I approached a man in uniform who was checking the documents of a line of people to ask for his help,” she remembers. “He was very irritated and ignored me at first – he seemed annoyed that I had skipped the queue and wanted to demonstrate his power.”

When he did respond, he asked to see her passport.

“He flicked through the pages, one by one. When he found the visa he told me it hadn't been stamped and that I had entered Germany illegally,” she says.

He held her there for a while while he called back to Terminal 2. As the clock ticked down to boarding, Botha became ever more flustered and panicky.

“I literally begged him to help make sure I caught my flight,” she says.

But the official was in no rush. Instead he took her down to an unmarked room where she was met by another member of the border police.

“He could hardly speak any English but started asked me questions again and after a while he stamped my passport,” she remembers.

The first official then escorted her back up to the gate. But by this stage it was too late. Departure was 19 minutes away and the airline would no longer let her onto the plane.

According to Botha, the officials at the airport “didn’t show an inkling of sympathy: I think they thought I was old and crazy.”

The delay was to cost Botha heavily. First she had to book a new flight through Athens that set her back €530. Then she had to pay a €1,300 “penalty” with her travel agency, which stated that it had to rearrange her whole trip due to the missed flight.

After trying and failing to gain the money back through her insurance policy, Botha’s son Ruan turned to the border police to try and get compensation. But, according to his account, even finding the right person to talk to proved to be a Kafka-esque task, as the police insisted on corresponding via post.

“I only discovered the right person to talk to by chance when I read an article on [British athlete] Mo Farah’s bad experience at the airport,” Ruan Botha recounts.

Eventually, in March 2018, the border police informed Botha of its decision on the case: because the events had taken place in 2016, it was no longer possible for them to investigate the incident further.

In a written statement to The Local, Munich Airport said that “we sincerely regret the experience Mrs Bortha encountered at Munich Airport in 2016. From our point of view it is quite difficult to follow up an incident which happened nearly two years ago.”

“We are in close collaboration with the authorities at Munich Airport and take great care to ensure that matters like this are properly managed,” the statement added.