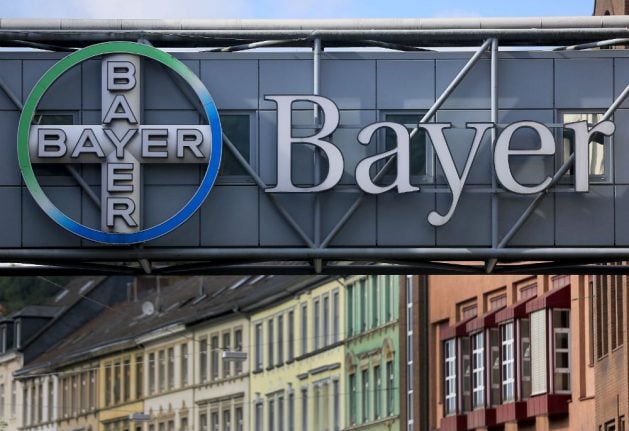 “Bayer will remain the name of the firm. Monsanto will be discontinued as the name of the business,” the Leverkusen-based group said in a statement, adding that it expects to close the €54 billion deal on Thursday.

Bayer's takeover bid for Monsanto targets the St Louis-based company for its high-tech genetically modified seeds, many designed to produce crops resistant to its proprietary pesticides.

The mammoth deal will produce a global giant with 115,000 employees and revenues of some €45 billion.

Bayer has put massive resources behind it, raising $57 billion in financing including a new share issue worth €6 billion announced Sunday.

It will also sell large parts of its existing agrichemical and crop seeds business to BASF in concessions to competition authorities on both sides of the Atlantic.

Environmentalists are unhappy with the Bayer-Monsanto tie-up, fearing that it will give too much power to the world's leading manufacturers of genetically modified crops and the controversial weedkiller glyphosate.

In a letter to the European Commission before its March approval of the merger, Friends of the Earth Europe said more than a million people signed petitions calling on EU competition chief Margrethe Vestager to block “this merger from hell”.

Last month, some 200 people demonstrated against the Bayer-Monsanto merger outside the German firm's annual general meeting.

One woman wearing a wedding dress and a skull mask brandished a sign warning of a “deadly wedding” between the two firms.

When launching the Monsanto takeover bid, Bayer promised it would not introduce genetically modified crops in Europe.