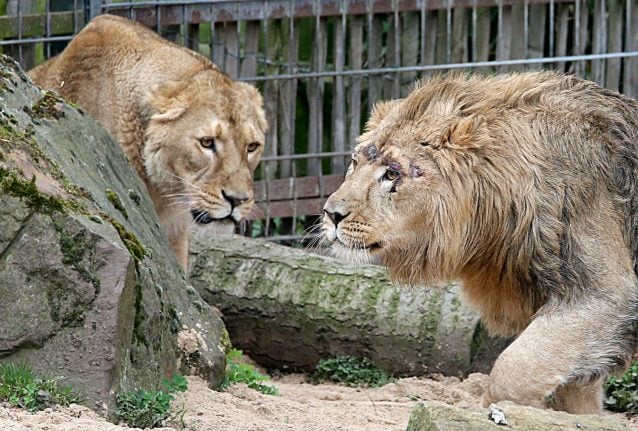 A spokesman for the local authorities had said on Friday morning that two tigers, two lions and a jaguar broke out of the zoo in Lünebach. But after a massive hunt in the afternoon, it turns out that only one bear had escaped and it was shot dead on the zoo grounds.

Residents were advised to stay indoors and to keep windows and doors shut while the big cats were being tracked down.

The animals reportedly broke out after the enclosures at the zoo were flooded and partially destroyed during heavy storms on Thursday evening.
But they were rediscovered in their enclosures on Friday afternoon when the water receded.
At first there was little certainty about where the predators were. Residents were asked to report any sightings to the police.

Owned by the Wallpott family, the zoo located close to the border with Luxembourg is home to around 400 animals, including a Siberian tiger and lions.

Tabloid Bild reported that a river which flows past the private zoo burst its banks after torrential rain. The flood water reportedly pulled away the earth from under the enclosures, thus allowing the animals to escape.

The west of Germany has been hit by heavy thunderstorms over the past few days, as humid heat has spread over the country.

The German Weather Service (DWD) predicted on Friday up to 35 litres of rain per square metre to fall every hour in parts of North Rhine-Westphalia, the state immediately north of Rhineland-Palatinate.

In 2016 two lions broke out of their enclosures at Leipzig zoo at a point when the zoo was closed. One of the big cats had to be shot while keepers managed to force the other back into its cage.

SEE ALSO: Lion shot dead at Leipzig Zoo after breaking out of cage