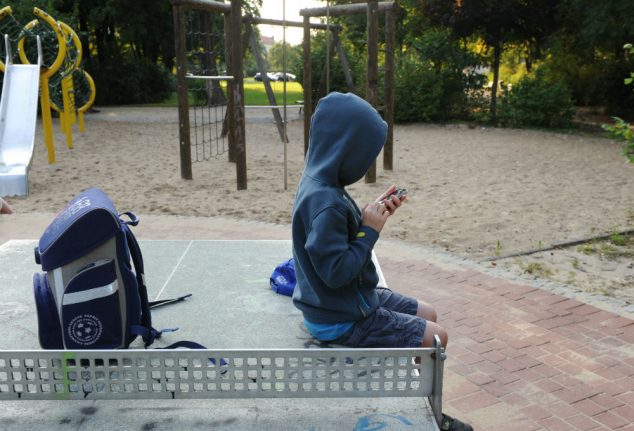 Taking one's kid out of school without a valid reason can mean fines for parents in Germany. Photo: DPA

Bavarian police caught parents at two airports for taking their kids on vacation before the official start of the Pentecost holidays on May 19th.

School truancy is an administrative offence in Germany; it is treated seriously and parents can be held liable if children from the age of six to 16 don’t attend school without valid exemption.

Officials at Nuremberg Airport dealt with eleven cases of parents letting their children skip school in order to leave for holidays earlier. At Memmingen Airport, police busted ten families where children were found to be skipping classes.

The offences have been reported to the parents’ respective district administration offices. Local authorities will now decide whether a fine will be imposed on them, a spokesman at the police headquarters at Memmingen Airport said on Monday.

At Bavaria’s largest airport in Munich, the police have been paying close attention to parents travelling with school-aged children during normal school hours, though they haven’t had any cases of pupils skipping classes in the past few days.

Possible reasons as to why parents choose to defy the rule include cheaper flights and less crowded roads and travel destinations.

Bavaria's Minister of Education, Bernd Sibler, described compulsory school attendance (Schulpflicht) as a valuable asset on Monday, stating: “I appeal to all parents to be aware of their role model position when it comes to the start of their holidays.”

In Bavaria and Baden-Wuerttemberg, school kids have a full two weeks of holiday beginning at Pentecost weekend. Most federal states in Germany only grant pupils the three-day long weekend (May 19th-21st).

There is no nationwide regulation for compulsory school attendance; matters are dealt with according to each individual state.

If a pupil is absent from school without a sufficient excuse, parents can receive warnings or fines determined by their local authorities. Fines for school truancy start from a few euros per day and can be as high as €1,000, Bayerischer Rundfunk reported.