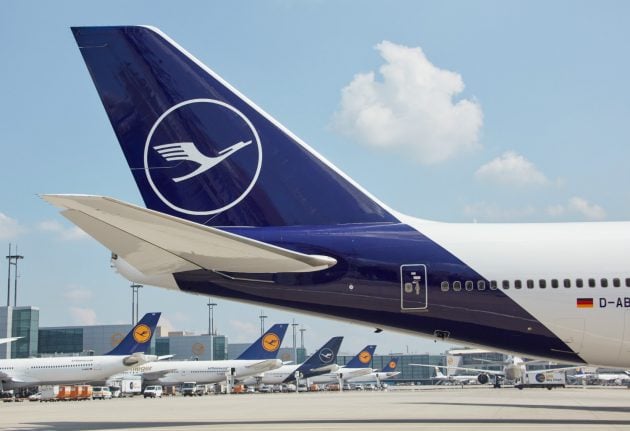 Photo: DPA
Customers looking to fly on the cheap will get another option very soon. Lufthansa is launching an economy ticket for its long-haul flights to North America at a lower price – but without some of the perks.
Europe's largest air transport group announced on Tuesday that the new cheap fare will include hand luggage and catering on-board, but will not include free checked luggage or preferred seating.
A spokesperson in Frankfurt said the price for the Economy Light seating will be lower than the previous costs for an economy seat, though they did not give any specific price figures.
The tickets will be available starting this summer for flights operated by Lufthansa and its subsidiaries Swiss International Airlines, Brussels Airlines and Austrian Airlines.
SEE MORE: easyJet expects to grow passengers in Germany by 10 million this year
Lufthansa is not the first to follow suit with the no-frills flight offering: among others, British Airways, Air France and major US companies American Airlines and Delta already offer such budget-friendly fares.
The move to lower cost economy seating is Lufthansa's response to corresponding offers from budget airlines such as Wizz or Norwegian, which are also operating over the Atlantic.
Lufthansa has been testing the budget fare on passengers flying to North America from Scandinavia since October 2017, a decision that the Lufthansa spokesperson said was meet with a high level of popularity.
Lufthansa and its subsidiaries have been offering tickets without additional luggage on their inter-European routes since 2015. This is also an area which the transport group felt compelled to develop due to low-cost competitors.
At its subsidiary Swiss Airlines, Lufthansa is testing the idea of getting rid of free drinks and snacks on short- and medium-haul routes from Geneva.
But the spokesman said that there are no concrete plans for implementating this for all Lufthansa flights.
READ MORE: Lufthansa scrapes past Ryanair in fight to fly most passengers