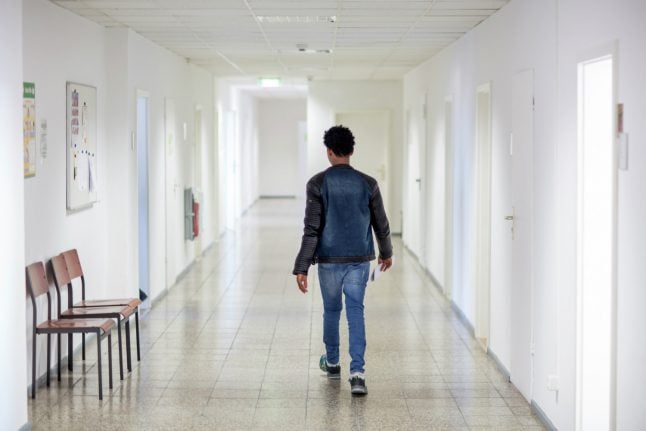 What is the BAMF affair?

The scandal centres around the Federal Office for Immigration and Refugees, which goes by the acronym BAMF.

The BAMF office in Bremen is accused of wrongfully granting asylum to over a thousand refugees between 2013 and 2016 who had their applications dismissed in other federal states.

Prosecutors in Bremen are currently investigating the former head of the Bremen office, Ulrike B., and various employees on suspicion that they took bribes in exchange for granting favourable decisions.

In April, prosecutors searched six private properties and the offices of two law firms as part of their investigation. While it is not yet certain whether BAMF employees in Bremen received money in return for granting asylum, a lawyer's office in Hildesheim is said to have charged €1,000 to ensure that the Bremen office handed down a positive decision.

Are there wider implications?

The scandal has spotlighted a strange anomaly in Germany: whether you get asylum depends heavily on where you apply.

Figures published in October last year showed that Iraqi and Afghan asylum seekers were far more likely to receive asylum in Bremen than in states like Brandenburg and Bavaria.

The Interior Ministry has now decided to look more closely at this anomaly and is reviewing the asylum process in ten states where applications have been granted at rates that are either unusually high or unusually low. As part of the investigation some 8,500 randomly chosen cases will be examined for irregularities.

Seehofer has said that sloppiness or overwork “seem to” explaine the wide difference in approval rates. “But I always say that it 'seems to be' the case. We are working it all out to make sure that everything is cleared up,” he said on Tuesday. How badly does this damage BAMF?

As if the scandal in Bremen wasn’t bad enough for the credibility of Germany’s refugee authority, Spiegel on Tuesday reported that BAMF headquarters likely knew about the illegal practices a year ago and tried to cover them up.

The investigative magazine has seen emails which suggest that BAMF boss Jutta Cordt was warned in February 2017 that malpractice was taking place in the city state.

In the emails, senior BAMF figures deliberate how to investigate the suspicion of malpractice. The officials worry that reviewing too many cases would cause a public scandal and harm the BAMF's reputation.

A senior figure at the authority wrote in one email “please take action in a ‘silent’ way. I don’t want all of the details to be checked.”

BAMF eventually investigated Bremen boss Ulrike B. in March last year, but after imposing a pay penalty on her, they let her stay in her job. Only when prosecutors announced their investigation last month, did Ulrike B. lose her job.

A survey published by Die Welt on Monday suggests that the scandal has massively affected public trust in the authority. Some 80 percent of respondents said that their faith in BAMF was either “limited” or “very limited.”

What will change now?

The scandal could barely have come at a worse time for the German authorities. The far-right Alternative for Germany (AfD) cruised into the Bundestag in last year’s national elections by stoking popular fears that Germany’s asylum system is widely abused.

The AfD, along with the pro-business Free Democrats have now called for a parliamentary enquiry into the case.

But for an enquiry to be set up, a quarter of MPs need to vote for it. That leaves the AfD and FDP needing to convince one of the other factions in the Bundestag to vote with them.

So far though, no other party has said that it is keen on the idea of a parliamentary enquiry. The Green party have instead called for BAMF boss Cordt to lose her job.

“If the suspicion hardens that the head of BAMF ignored indications of wrongdoing or didn’t look into these properly, she can’t stay in her job,” refugee spokeswoman for the Greens, Luise Amtsberg, said.

The coalition of Social Democrats and Christian Union have so far resisted the call for an enquiry, preferring to handle the scandal ‘in house.’

Seehofer said on Monday that he would investigate the case “without regard for people or institutions.”

“I will make decisions in the coming weeks that will have consequences for the BAMF as well as people in it,” he said. He added that “a lot needs to be done, not only in Bremen.”

The SPD also called for Seehofer to take decisive action.

“We need a refugee authority that functions and works in the best possible way,” said Burkhard Lischka, domestic affairs spokesperson for the party.

TAZ, a newspaper known for its pro-refugee sympathies, has called for a public enquiry.

“The BAMF is the German authority which is most dangerous for societal peace if it messes up,” the newspaper wrote on Monday.

“This isn’t just about terrorists or criminals who could have used the authorities in Bremen to waltz into the country… in every village pub there will now be people saying ‘I told you so’ and others who no longer greet their Syrian neighbours.”

READ ALSO: German population has grown by two million since 2015 due to immigration