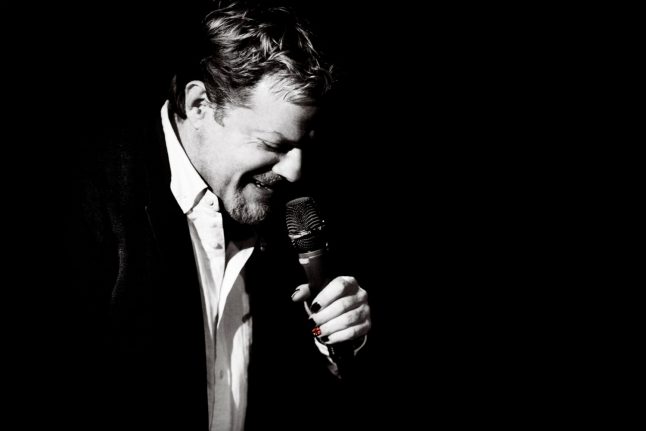 He’s performed in French, Spanish, and for the past few weeks in German for his new show “Work in Progress” at the Quatsch Comedy Club in Berlin. The 56-year old Izzard will be performing in English in the German capital on Saturday, May 19th at 6 pm, followed by three more weekend shows auf Deutsch.

The Local spoke to him on the eve of his Saturday show, before he embarks on the rest of his world tour in which he also plans to learn, and perform, in Arabic and Russian. Weaving in German words, he spoke of the universality of humour, how language learning can spark social change, and why genders in German make no bloody sense.

You said you started learning German in the late ‘70s, but have you recently started reviving it in order to give shows in German?

Eddie Izzard: Yeah, I did two months of shows in German in 2014 as well and now I’m sort of improvising. The last show I did in 2014 was almost like a theatre piece. I would be memorizing everything line by line but now I’m making things up, improvising and adding and suggesting – the show that is part of my world tour next year. Cool, and your brother is a linguist. How has he been helping you with this show?

He makes sure that the translation is accurate, and he is basically the voice of god on the PA system. So if I make a mistake he can always cut in directly if I do it wrong. I’ve already developed the show in Paris, which was in French. It’s a salute to Sam Beckett who wrote Waiting for Godot in French

And it’s also, because Brexit and Trump sh*t, and all these negative things… humanity is saying let’s put up walls, let’s start hating people again. Donald Trump has his ‘Make America Hate Again’ campaign and coming up with new lies and stuff, etc. So I just think we need to be putting positive images out there, everyone doing what they can. We have to keep taking humanity forward. We’ve got to make this entire world work this century.

So I’m here doing this, I’m improving, my brother is making sure I’m on the right track, and that things are translated correctly. You can have a very advanced German, but that’s not normally how I’d speak. I speak like a 14-year old or something.

You’ve said before that your French and your German isn’t the best French or the best German, but it still makes people laugh a lot, and that’s what’s important.

It’s easy for me to say, but you can have a very highfalutin English that has very long words and is very convoluted. It’s like writing books. People used to think that, in writing books in whatever language, you had to use very complex words and that showed how clever you were. But that’s rubbish. It’s what most people can understand easily and precisely. And especially if you’re going into comedy.

I need to come up with language that I can understand, too. And it’s not the equivalent that I hear, “What is food?” “Food is good.” It’s not that basic. It’s just not so complicated that no one knows what I’m talking about either.” My brother just keeps it all in the right lines since he speaks German, French and Spanish pretty fluently.

You’ve said that humour is universal among the different languages that you speak, but are there any specific jokes that you found that Germans like more, or that they relate to more? Brits themselves have a reputation for not being able to learn languages, but you seem to be able to pick them up very well.

So going from English into all of these more complicated languages is one, harder for English speakers because we have to do word order and that’s important to us, and everyone’s been learning English because of Hollywood, rock and roll and the way that wars went in the last century. Lots of Germans can speak English. The European kids can speak English. So that’s why they don’t bother to learn other languages because they’re just kind of lazy and practical.

In addition to being a comedian, you’re also a marathon runner, with your most famous being when you ran 43 marathons in 51 days for the charity Sport Relief. What would you say is more difficult for you, learning languages or running marathons?

They’re probably equally as difficult. They’re very difficult to compare. Apples and oranges, as the Americans would say…

I do feel that a lot of stand-ups from other countries are learning to do stand-up in English. But I don’t see many people going my direction, learning English, German, Spanish, Arabic, Russian or three other languages. Some people are. But there aren’t many of us going this direction. Usually there’s just one big language to go for.

There’s different styles of comedy in every country. If you do surreal comedy like me, Python-esque comedy, you have to find that audience in each country. But it’s not different. There isn’t a German humour, or a British humour or a French or a Chinese. It’s just mainstream humour in Germany. Mainstream humour in Britain, referencing sports stuff and politicians. And that’s why I talk about human sacrifice, ancient kings, and stuff like that.

If you watch any new film, you don’t know any of the new characters, and during the first 20 minutes you’re explaining and setting up the trajectory of the film, and then you can bring in some other characters later on. Story technique does apply to actual stand-up as well.

Have you found that your German audiences laugh at different jokes?

Were you surprised at how easily you could get around in English in Berlin?

Is there anything you would like to add about your future hopes or shows?

There is not much surreal comedy done in German, I believe, and I would hope that more and more kids get into it because it’s a huge thing and Python is very influential. People really like Python but for some reason it doesn’t do it that much. I think it’s a great thing to be very silly but very intelligent at the same time. It would be great if more and more German kids see my show. Hopefully they’ll come and see my show and say, “Hey, I want to do that stuff.”

You have to have a big hit success in Germany with these materials. I don’t think it’s happened yet. Producers are saying, “Yeah, I don’t think that’s gonna work. We need more mainstream stuff. More simple comedy.” Our stuff is much more advanced comedy. I would hope more young German kids would do that. We’re gonna push humanity forward, kids doing this in English, kids doing this in German, I think that’s good for the future.

That’s very true because Germany doesn’t exactly have a reputation for stand-up comedy.

Yeah, I think that Germans have as good of a sense of humour as anyone. There’s a German comedian Henning Wehn in the UK, and the German people are paying money to have him make them laugh in English. And it just shows all this garbage about Germans having no sense of humour is just rubbish. It came from two world wars; we’re now in the 21st century but now German kids go abroad and they get all this Hitler crap back at them. But it’s not their fault. They were born here and have to deal with it.

As a transgender guy improvising in German hopefully that’s a positive image for these German kids, these Austrian kids or any kids, and taking humanity forward rather than backwards.

It sounds like you’re doing your part to break all sorts of stereotypes that could possibly be out there.

Me too. Thanks for taking the time to talk and I look forward to seeing your upcoming show.

That would be brilliant. Sehr gut, vielen Dank. Tschüss.