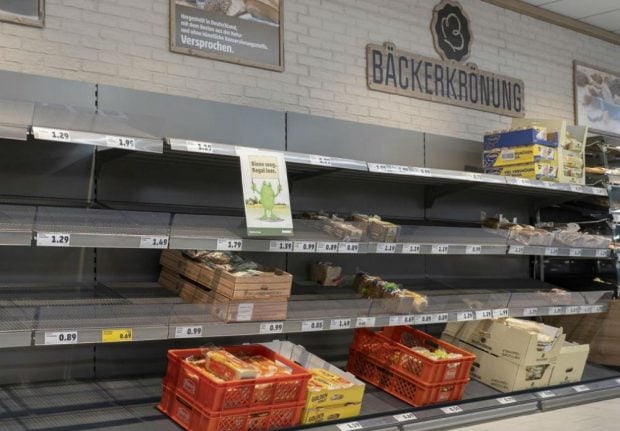 The shelves at the store were for the most part bare in the grocery store for several hours.

Produce such as apples and zucchini were removed, as well as baked goods, chocolate and candies coated with beeswax. Some marinated meats and even chamomile-scented toilet paper were taken off the shelves.

60 percent of Penny Market’s roughly 2,500 products are directly or indirectly dependant on bee pollination, the discounter states, adding that the campaign was carried out to highlight the importance of bees for food production.

Scientists have been warning in recent years of the risk of mass extinctions of bees worldwide as bee populations continue to decline rapidly. This is in spite of the fact that wild bees, butterflies and other insects are estimated to have a global economic benefit of €500 billion.

The population size of insect species has “drastically decreased over the past 20 years,” Gerlind Lehmann, professor of evolutionary ecology at Humboldt University told Welt newspaper.

At the press event held in light of Penny Market’s initiative, Lower Saxony’s environment minister Olaf Lies said: “the consequences of unchecked insect mortality are shown to us here in a frighteningly clear way.”

“Without these insects our supermarkets would be bare and this problem would affect us all,” Lies added.

Research into the causes and consequences of mass bee extinction has only be conducted to an extent. Researchers point to various causes ranging from pollution to insecticides.

The discounter had not informed its customers in advance of the symbolic action. “We were hoping for a eureka moment,” a company spokesman said.

The campaign precedes the United Nations’ first ever World Bee Day on May 20th.