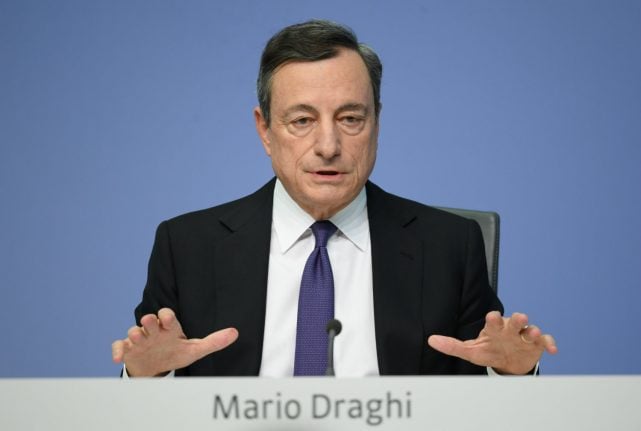 “The dichotomy between risk-reduction and risk-sharing that characterises the debate today is, in many ways, artificial,” Draghi said in a Florence speech.

“We need policies that make the financial system more stable” and “policies that lead to sustainable convergence” in countries' economic performance, he argued.

Draghi pressed leaders to get on with reforms to the financial system that he says would encourage stability, like offering a state financial backstop for the Single Resolution Fund used to wind up failing banks or introducing a Europe-wide deposit insurance scheme.

And he called for an “additional fiscal instrument” that could support countries suffering through economic shocks so they do not fall too far behind their neighbours in the 19-nation currency area.

“Make no mistake, this is a bold statement from Mario Draghi who's always been very prudent on the issue of a fiscal capacity for the euro area,” analyst Frederik Ducrozet of Pictet bank tweeted.

The Italian central banker's suggestions broadly fall into line with those backed by French President Emmanuel Macron, who has placed buttressing the eurozone — and by extension, citizens' faith in the future of the European Union — at the heart of his programme.

But Macron and other reformers have run into resistance from Germany and other fiscally conservative nations like Finland and the Netherlands.

Such Northern European nations fear they could end up footing the bill for private- or public-sector irresponsibility in countries like Greece or Italy.

Some in Germany, like newly-installed finance minister Olaf Scholz, have suggested less prosperous countries should allay fears by reducing risks — such as by reducing government debt or offloading bad loans from banks' balance sheets — before reforms can go ahead.

That is too cautious and too slow for Draghi, who said “the argument whereby risk-sharing may help to greatly reduce risk, or whereby solidarity, in some specific circumstances, contributes to efficient risk-reduction, is compelling.”

Citing European Commission surveys that show 75-percent approval for the single currency, Draghi welcomed the fact that “the people of Europe have come to know the euro and trust the euro.”

“But they also expect the euro to deliver the stability and prosperity it promised” when it was introduced almost 20 years ago, he warned.

“Our duty, as policymakers, is to return their trust and to address the areas of our union that we all know are incomplete.”

READ ALSO: Macron urges Germany to step up at 'historic moment' for EU 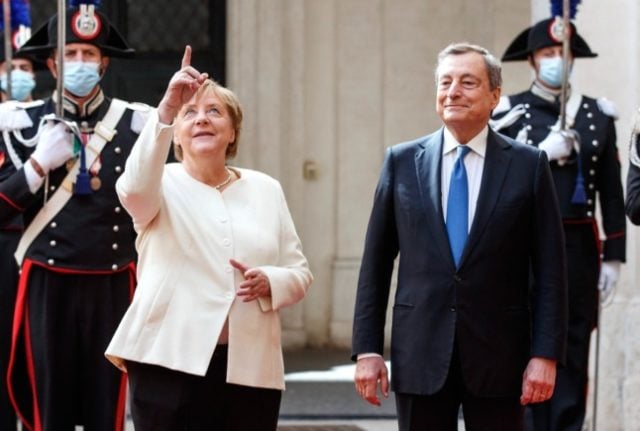