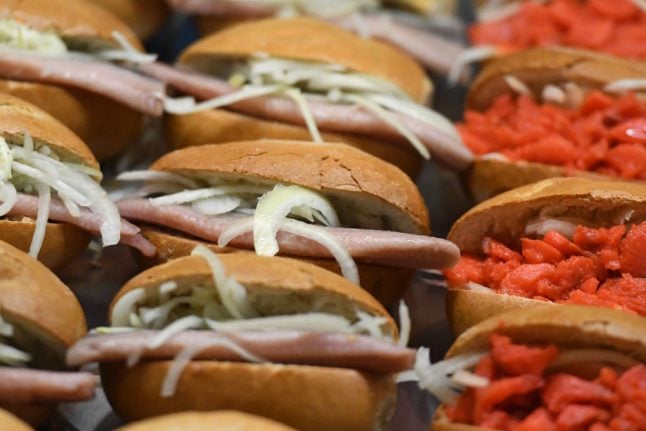 From Flensburg to Travemünde, from Kiel to Lübeck, the annual Weltfischbrötchentag will be celebrated in 23 different Schleswig-Holstein locations.

Despite the fact that fish sandwiches are enjoyed all year round, on Saturday plenty of other activities will abound in honour of the beloved food.

Visitors will be able to find them at traditional spots like snack stands near harbours, fish shops and restaurants specializing in fish. But there will also be much more on offer, such as boat trips, live music concerts and fisheries and smokehouses which will be open to the public.

A classic version of the sandwich contains pickled herring, said Petra Wöbke, an industry veteran who has been serving up at least a dozen types of Fischbrötchen for over 40 years at a family-run shop in Travemünde.

Other variations include ingredients like salmon, fried white fish, sprats, and the list goes on. Sandwiches filled with crab are also popular, though this is more so the case along the North Sea coast.

What’s important is not just the fish but also “a fresh crispy roll,” said Wöbke, adding that fresh onion rings and pickles are optional toppings.

Now in its eighth edition, the annual Weltfischbrötchentag event offers its visitors a new culinary creation each year. The organizers say that a fish sandwich pizza will make its premiere at the weekend.

But anyone who thinks the snack is exclusive to the north or a particular German region is mistaken, according to the Federal Fish Market Association.

The bread rolls containing fish have long since made their way down south; nowadays they’re also on offer each year, for instance, at Oktoberfest in Munich.