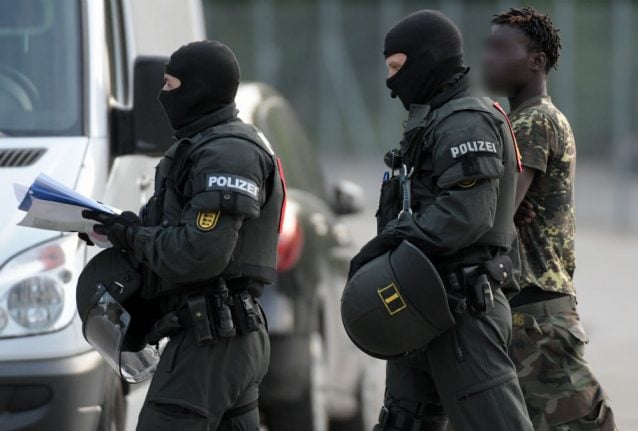 The 23-year-old man was to be deported from where he was staying, a refugee accommodation in the small town of Ellwangen.

But the police decided to withdraw after some 200 migrants attempted to prevent the detention, with some of them threatening violence. The three patrols cars saw themselves as outnumbered.

Support from other police forces was nowhere in sight; it would have taken several hours for other forces to organize and arrive on the scene.

The migrants then sent a security officer from the refugee home to act as an intermediary and gave the police an ultimatum: take the Togolese man's handcuffs off within two minutes, otherwise they would storm the entrance gate of the accommodation.

The police decided to give the security officer a key so that he could release the 23-year-old from his handcuffs.

“They were so aggressive and threatened us more and more, so that we had to leave the man behind,” a policeman told the SZ.

The Togolese migrant has reportedly since gone into hiding.

*An earlier version of this article incorrectly stated that the man was from Congo.