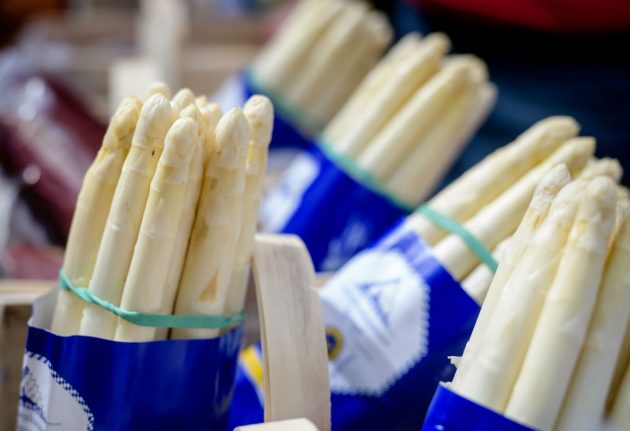 With the start of the asparagus harvesting season having kicked off in mid-April, the current price of the vegetable is €9.97 per kilogram, according to recent surveys conducted by the Agricultural Market Information Company (AMI).

This is around 40 percent more than a year ago, when the average cost of the venerable vegetable was €7.11 per kilogram, according to the AMI.

By the end of April 2017, the price of the Edelgemüse, or “the noble vegetable,” had already fallen sharply due to an early start to the season.

Around 1,800 farms throughout Germany cultivated asparagus on an area of roughly 23,000 hectares last year. The largest growing region is Lower Saxony, followed by North Rhine-Westphalia.