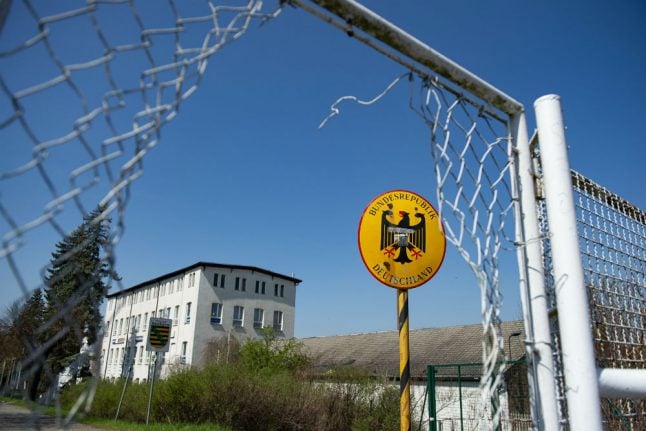 A major police deployment aims to prevent violence during the “Schild und Schwert” (Shield and Sword, or SS) festival near the Polish and Czech borders that is expected to also attract eastern European extremists.

“You will see police on every corner,” the local police chief told a regional newspaper, with hundreds of officers brought in from other states, while Polish authorities across the Neisse river border also said they would step up patrols.

Some 1,100 police will be backed by water cannon and with boats patrolling the Neisse border river, on the bank of which the festival is held, reported the local Saechsische Zeitung.

Under state rules for the assembly, alcohol is banned at the festival and visitors are prohibited from bringing glass bottles, flag staffs and certain breeds of dogs.

It comes as Germany, after a mass influx of asylum seekers, is witnessing a revival of a far-right and ultra-nationalist groups and has seen the anti-immigration Alternative for Germany (AfD) enter parliament.

The Shield and Sword festival organizer is Thorsten Heise of the far-right fringe party NPD, which is openly xenophobic and anti-Semitic but last year avoided a legal ban because of its small membership and limited influence.

At a ramshackle hotel guarded by security guards wearing Aryan Brotherhood T-shirts, shaven-headed men could be seen pitching tents in the riverside area on Friday afternoon.

Organizers say they expect some 800 guests at the festival in Ostritz, population 2,300, in a remote region of the ex-communist eastern state of Saxony where the AfD scored some of its strongest results nationwide in 2017 elections.

But anti-fascist or “antifa” activists warn that 2,500-3,500 neo-Nazis from across Europe may show up, with many due to stay just across the nearby Polish border.

“We will not stand and watch when neo-Nazis from Germany and the rest of Europe come for a party to celebrate the Führer's birthday,” the initiative “Rechts Rockt Nicht” said online, vowing to “stand together and resist them”.

A separate “Peace Festival” has been organized by local politicians, civic groups and church leaders, with conservative Saxony state premier Michael Kretschmer due to give the opening speech.

The event in the town centre will feature speeches, a circus and an Arabic cafe, to show that the town values “cosmopolitanism, tolerance, democracy and peaceful coexistence”.

While neo-Nazis have long staged underground concerts for recruiting and fund-raising, a major two-day music festival with a tent city and tickets selling at up to €45 ($55) is seen as an escalation of an emboldened far-right movement.

It is being staged just across the border from Poland's Dolny Slask (Lower Silesia) region, which was invaded by Nazi Germany and whose return to Poland after World War II continues to anger neo-Nazis.

Sascha Elser, spokeswoman of the counter-protest “Rechts Rockt Nicht”, said that, ironically, Polish extremists are expected to flock to the festival, where she said German and eastern European neo-Nazis hope to “strengthen relations”.

“If this is really to happen, that you can gather and celebrate Hitler's birthday without any problems or consequences, it is a clear sign that our law and society are sick.”

A 75-year-old pensioner living near the festival site, who asked not to be named for fear of reprisals, told AFP: “It is a shame that the government cannot ban this given all the pain that Hitler brought to Germany.”

The Shield and Sword lineup features bands linked to the far-right and hooligan scene.

“To live is to fight,” declares the event website. “At all times it was fighters who defended their clan, their tribe, their homeland.”