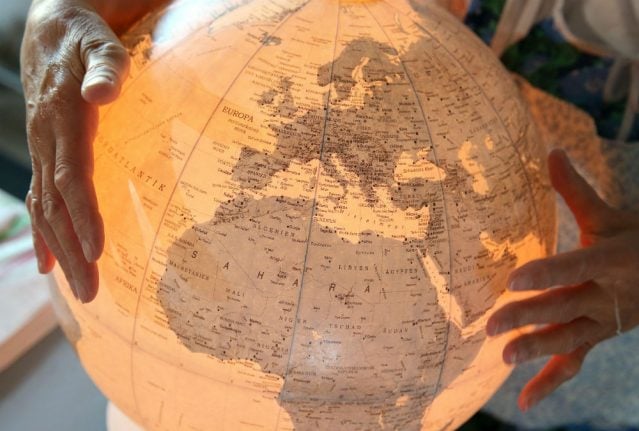 The study, which was carried out by the Bertelsmann Foundation and published on Thursday, also showed that 52 percent of Germans don’t feel the government is doing enough to protect its citizens from the negative consequences of globalization.

But the majority of citizens in Deutschland aren’t opposed to globalization. Only 31 percent of respondents said that it has a bad influence on the world; 40 percent view it positively.

Similarly, 70 percent of respondents viewed trade between Germany and other countries in a positive light – a jump from 56 percent in 2016.

“People want globalization with seat belts,” said Aart De Geus, CEO of the Bertelsmann Foundation, adding that politics and business should not react to this with “protectionist wrong paths.”

The discussion about protectionism has gained momentum in recent years, particularly after Donald Trump was elected president of the US. There have been trade disputes among countries, including between the world's two largest economies – the US and China.

According to the study, a clear majority (61 percent) of Germans think that globalization is an opportunity for growth. But at the same time, only 23 percent think that wages will rise with it. 63 percent do not consider it advantageous if German companies are taken over by foreign companies. A lot of respondents from other countries in the survey also call for stronger protection against foreign competitors. Source: YouGov survey commissioned by the Bertelsmann Foundation 2018

Compared to countries like the UK and France, Germany is still a welcome international trading partner, the study reveals. In the popularity ranking, Germany ranks second overall behind Japan.

Americans moreover believe that trade with Germany is a good thing. When surveyed, US participants ranked Germany as the third most sought after trade partner, behind Canada and the UK.

More than 14,000 people in twelve industrialized and emerging countries were surveyed online for the Bertelsmann Foundation study. There were over 2,000 participants from Germany.