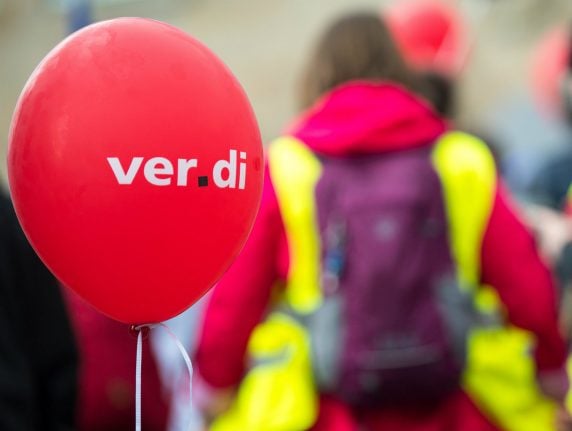 Some 150,000 public sector workers took part in hours-long “warning  strikes” across Germany this week, ramping up the pressure in their push for a  six-percent pay increase, or at least an additional €200 ($245) a month.

Two previous rounds of talks ended in failure with state and local government employers dismissing the unions' demands as too expensive.

Frank Bsirske, chief of the powerful Verdi union, has threatened more widespread action if no progress is made in the upcoming discussions, but also expressed optimism a deal could be in sight for Germany's 2.3 million public sector workers.

“The signals I'm getting now should make it possible to reach an acceptable compromise in the third round of negotiations,” he told the financial daily Handelsblatt.

The unions say their wage demands are justified given the country's record 36.6-billion-euro budget surplus in 2017 and the economy's robust health.

Interior Minister Horst Seehofer was greeted by crowds of demonstrators waving union flags and blowing whistles as he arrived for the talks in Potsdam near Berlin.

Seehofer, who has already rejected a six-percent wage boost as “too high”, told the protesters he agreed that public workers should “share in Germany's good economic situation”.

He said he hoped a compromise could be reached by Tuesday, a sentiment echoed by Thomas Boehle, president of the head of the VKA municipal employers' association.

Despite the more conciliatory tone, Bsirske warned that the unions would not settle for anything less than “significant pay increases”.

The past week's strike action caused travel chaos for hundreds of thousands of commuters as bus, tram and train services were disrupted.

Air travel was snarled too as security workers, firefighters and support staff walked off the job. Germany's flagship carrier Lufthansa alone was forced to cancel 800 flights.

They had also gone into talks demanding a six-percent wage boost.