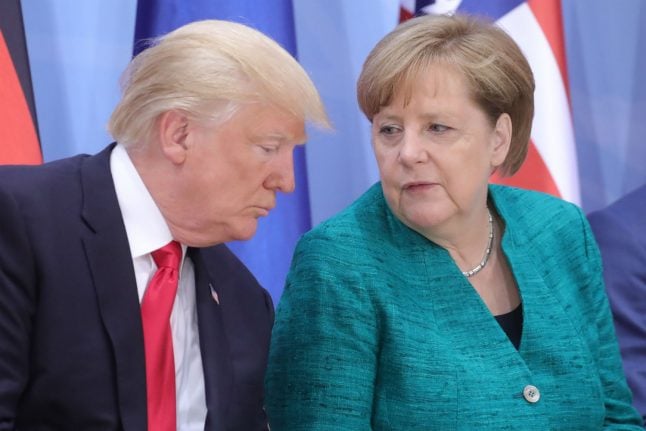 The German Chancellor is planning to visit Washington DC on April 27th, Bild reported on Thursday.

Though the visit is yet to be confirmed, Bild claimed that this is to be expected. They point out that Merkel’s last visit to Washington was only confirmed by the Americans days before it happened.

This would be Merkel’s second visit to the White House since Trump’s inauguration.

If it were to take place on April 27th, Merkel’s visit would fall on the same day as South Korean president Moon Jae-in and North Korean leader Kim Jong-un meet for historic talks in the peninsula’s Demilitarized Zone.
Merkel's last visit to Washington, in March last year, was most memorable for Trump's apparent refusal to shake the Chancellor's hand during a press event.
SEE ALSO: German-US relations after a year of Trump – what has changed?