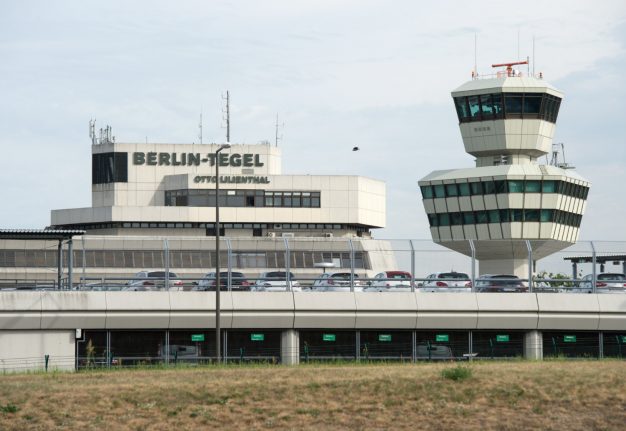 Tegel Airport in Berlin has a lot of fans across the city who fought fiercely to keep it open in a referendum last year. However, according to a survey released Tuesday by flight portal eDreams, those who fly through Berlin’s airports are not so impressed.

More than 50,000 customers of the flight website gave their feedback about which airports from around the world are the best and the worst.

According to the eDreams website, the airports were ranked on security efficiency, cleanliness and general service, as well as the availability of restaurants, shopping facilities and waiting areas.

While not ranking in the top spot, both of Berlin’s Tegel and Schönefeld airports make an appearance among the five worst airports according to eDreams' customers.

Here are the 5 worst airports according to eDreams:

Coming in 3rd and 4th respectively, Berlin’s Tegel and Schönefeld airports narrowly missed the title of world’s worst airport. They were pipped to that dubious honour by Morocco’s Casablanca Mohammed V International Airport.

For Schönefeld, this is an improvement from last year, when it was ranked by eDreams customers as the worst airport in the world. Tegel, however, has gone from being 2017's 8th worst ranked airport to 4th this year.

eDreams sees the cause for all the hate towards Berlin’s two airports as stemming from frustrations over the non-existent future Berlin airport, BER.

According to their report, eDreams claimed that they believe the low ranking of Berlin’s airports is “due to the fact that the opening of the new Berlin-Brandenburg airport, which is to replace Schönefeld and Tegel, has already been postponed several times”, and further noted that modernization of Berlin’s two airports has “consequently failed to materialize”.

Outside of Berlin, however, German airports are considered among the best-of-the-best. Düsseldorf, Frankfurt and Munich all made the list of favourite airports, which eDreams provides as a ranking of 10.

Here are the 10 best airports according to eDreams:

The website reports that the Düsseldorf Airport is a new addition to the list of “bests” this year, but Munich and Frankfurt are consistently ranked by eDreams customers among their top 10 favourite portals to the skies.

With three of Germany’s airports making the top list, it would appear that customers believe the good outranks the bad for airports in Germany.

However, it is striking that the other European cities of London and Rome, each with one airport among the worst in the world, were able score on the best-list with another of their city airports.

Only Berlin was unable to make that claim.

READ MORE: Berlin Schönefeld chosen as the worst airport in the world