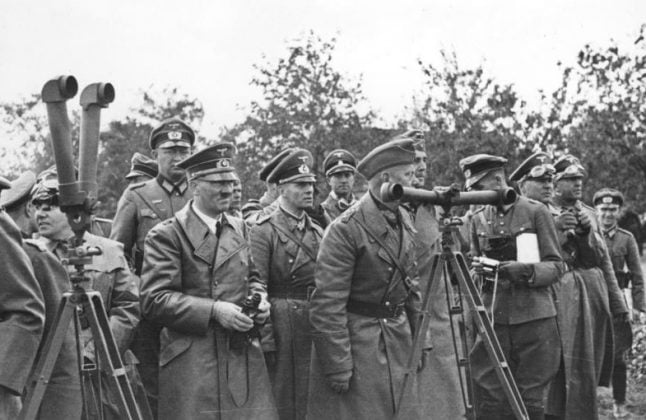 Polish victims of World War II should be able to claim €440 billion from Germany in World War II damages, the head of a parliamentary commission said Thursday.

Arkadiusz Mularczyk of the nationalist ruling Law and Justice Party (PiS) based the figure, which the German government rejects, on a 1990 study which found that there were 13.32 million direct victims of Nazi Germany in Poland.

That figure takes into account deportees, labour and concentration camp prisoners, civilians left maimed during that period, widows and orphans and those who suffered from illnesses which broke out under Nazi occupation and during the conflict.

Mularczyk said the 1990 study found that reparations of $284 billion should be paid.

“That was the sum in 1990. If we revalue taking into account dollar purchasing power in 2017 we get 1.984 trillion zloty, or $543 billion,” the PAP news agency quoted Mularczyk as saying.

The issue of German reparations had long been regarded as closed – but PiS leader Jaroslaw Kaczynski revived the topic last year.

Polish Foreign Minister Jacek Czaputowicz earlier this week alluded to differences of opinion with Berlin, including on the reparations issue.

Last year, then German government spokesman Steffen Seibert said the issue had already been settled in August 1953 when Poland's then communist administration said it renounced any right to war reparations.

At that time Polish ministers put potential compensation at around €850 billion.

Six million Poles – including around three million of Jewish origin – were killed during the six-year Nazi occupation and the capital Warsaw was virtually razed following an uprising in 1944.