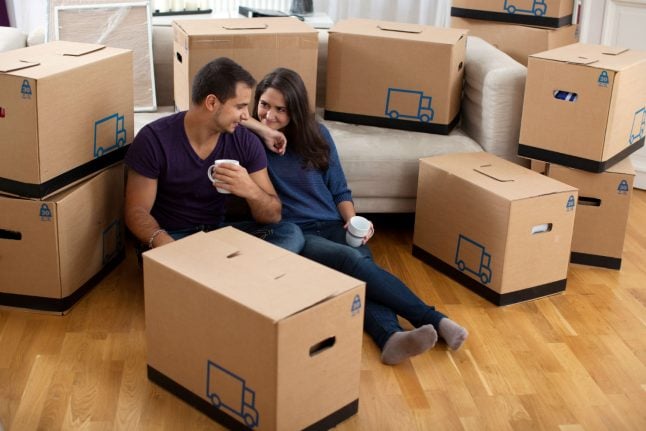 Getting your foot in the door

The first major challenge involved in moving in Germany is of course finding the next place you will call home. Particularly in the big cities, this can be very difficult, as living space is becoming an ever more precious resource.

There are various internet sites that advertise rental apartments. But these don't always offer the best value for money. With a little patience and luck, you can find something much more reasonable.

If you know that you will be staying in Germany for several years, it is worth becoming a member of a Genossenschaft (co-operative). Rents are much lower than market rates with a Genossenschaft and the profits made from rents go back into the upkeep of the building, meaning your apartment will be in good nick. The downside is that there are often waiting lists involved – it is worth remembering that waiting times will be much shorter in less fashionable parts of town.

Another potential way of staying in the realms of affordability is by swapping your old apartment with someone else. Many people might come to a point in their life when it makes sense to upsize or downsize. If you are already on a cheap contract, but a new family member is about to take up a bit more space in your flat, you are in a good bargaining position. Check out the site homeswapping.de to research your options.

If you need a place quickly though, you might end up having to work through internet sites such as immobilienscout24 and immowelt. If you do so, it is advisable to become a member of a Mieterverein. These organizations are there to help you know your rights as a tenant. They will look at your contract before you sign it and be able to advise you on whether the rent is in breach of the rental brake law and what options you have to force a change. Finding a place that is right for you

It goes without saying that the more money you are prepared to spend, the more picky you can be about your apartment.

Altbau apartments, which date back to the late 19th and early 20th centuries, are all the rage. So if you get your hands on one you are sure to be the envy of many of your friends. The attraction of these flats is that they often have beautiful wooden floors (Dielenboden) and high ceilings, giving the impression of more space than the square-metre size suggests.

But Altbau Wohnungen aren’t without their faults. The floors can be creaky and the windows let in the cold. If you are sensitive to sound, you might be driven mad by the vibrations being sent down into your living room by neighbours padding around upstairs.

Altbau apartments are also much less likely than Neubauten (new builds) to have balconies. Neubauten will usually be better insulated and thus kinder on your wallet – and they are often much cheaper than an Altbau. So if it is location you are after, you may well find that there is less competition for a Neubau in fashionable neighbourhoods, even though it is offered at a lower rent.

When you are flat hunting, think about what is more important to you, daylight or peace and quiet. You can strike lucky and get both. But if you live in a Vorderhaus (front house) you are more likely to get sun, whereas living in a Hinterhof (rear house) protects you from the noisy street, but also often means less direct light. If you really value sunlight, you should also look for a south-facing apartment on one of the top floors. Moving house in any country can be a costly business, but in Germany there are certain peculiarities which add to overall costs.

Number one among these oddities is the general fact that the tenant is expected to bring their own kitchen. While this might make sense for Germans, who often rent a place for several years or more, it is less than ideal for the more transient expat population.

Younger people who do not want to hire a removal company might find themselves with some hard choices in front of them: do they take their washing machine and fridge with them, meaning lugging heavy appliances up and down several flights of stairs? Or do they try and sell them to their Nachmieter (tenant who takes over the contract) and then buy new appliances that would be delivered?

This is not a simple financial decision to make. Luckily your Nachmieter is often in the same position as you, they also don’t want to heave a washing machine up five flights of stairs – so they are likely to be amenable to a deal.

Buying kitchen appliances new can cost an arm and a leg. So it is certainly recommendable to have a look at shops that refurbish old models – you could save several hundred euros and the reliable shops will also offer you a year-long warranty. On the downside, older machines will eat up more electricity, meaning higher bills. Ultimately, if you are only planning to stay for a year or two, buying a second hand machine seems advisable.

It is also a good idea to start looking for a kitchen before you move in. If you are lucky you might find a knock-down offer of a complete set of kitchen cupboards on Ebay Kleinanzeige, a website on which people flog things they don’t want anymore.

How you choose to move your stuff will depend on how much of it you have and how many friends you can convince that a bottle of beer is fair reward for almost putting their back out.

It is certainly worth considering hiring a van and doing it yourself, rather than getting an expensive removal company to do this. Germans have this down to an art form – if you walk through Berlin on a Saturday morning it becomes a sea of blue and white – the colours of the van hire firm Robben und Wientjes.

While hiring a removal company is likely to cost you upwards of €200, renting out a van can cost as little as €35. If neither you nor your friends have a driver's license, several drivers offer their services affordably (often with help carrying boxes to boot) on Ebay Kleinanzeige.

Don't expect great customer service from Robben and Wientjes though. It is also important to bring along your Anmeldungsbescheinigung when you pick up your vehicle. And take a picture of the odometer before you start and when you hand in the vehicle (you might end up with an unwanted bill otherwise.) Connecting to the grid

Setting up a new internet connection for your apartment can be a real pain in the rear. You will often have to wait several weeks before the provider sends around a technician to activate your connection. Don't be surprised if the technician arrives before your router has shown up, or if they just don't turn up at all.

There are also various deals offered online by the companies Vodafone and Telekom, the major two providers. But the ones that look cheap often have hidden costs in the second 12 months of the contract. Therefore it is a good idea to keep in mind when the contract should be cancelled.

Switching electricity providers can also be a pain. In some contracts you have to give notice of cancellation 12 weeks in advance. And providers generally do not allow you to change the name on the contract, meaning it is often impossible to pass the bill onto the person who is taking over your room or house from you.

Default energy provider Vattenfall, however, allows you to register your name and expected monthly energy usage tier on their website once the old tenant has cancelled their service.

Registering your new address is of course a real nuisance, but it is much worse in big cities than in smaller towns. Strictly you have to register within two weeks of moving in, but authorities often turn a blind eye to infringements – in Berlin it is not unheard of for people to get away with failing to register for several months.

A useful shortcut to know is that you can halve the work by flipping a coin with your housemate or partner. The lucky one can sign a Vollmacht which gives the other permission to register for them. You can find a template for a Vollmacht on the internet. Remember though, to fill out your Anmeldungsformular first. That can also be found online. And if you are registering two people, you need to make two consecutive appointments.

Because Germans are addicted to sending things by post you should prepare yourself for a significant amount of paper correspondence after you move. Your new Finanzamt may well pester you with questions about your religion. And if you want to avoid a €20 fine from your bank, send them a physical letter stating your change of address.

Knowing someone with a drill If you take on your own apartment in Germany, you need to know a bit of basic DIY. And if you don't have a tool box it is very useful to have a friend who does.

When you move in, your new apartment will often just be white walls and a ceiling with some wires poking out of it. At some stage within the first few days after moving in, you will find yourself gingerly balancing on top of a ladder, trying to attach a light to the ceiling.

And for everything from fastening a wall cupboard to your kitchen wall to putting up a curtain pole, you will need to know how to use a drill and spirit level.

It is also important to know where you are allowed to drill. Generally it is okay to make holes in walls, which can be filled in again when you move out. But drilling into wooden door frames is a no-no.

If you come from a country where apartments are usually furnished with the basics when you move in, you are well advised to collar a German friend into helping. Believe us, they are much better trained at this kind of thing than we are!